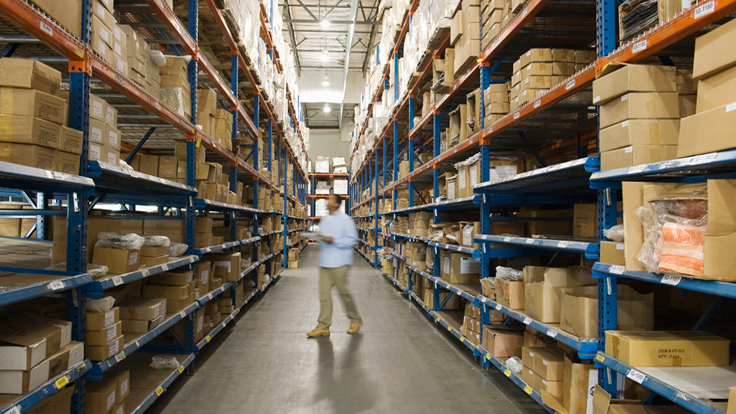 
The U.S. industrial market has been recovering for four years and is poised for a spike in demand, development and delivery, according to Jones Lang LaSalle.

"2014 is starting off with high demand from e-commerce and other users who are in the market for large, sophisticated space, and lots of it," Craig Meyer, president of Industrial Brokerage at JLL, said in the report. "Modern space with proximity to population centers and a robust logistics infrastructure will dominate the industrial real estate sector in 2014."

The national vacancy rate is forecast to reach a cyclical low of 7.5 percent in 2014.

Here are the four trends driving the market momentum highlighted in JLL's report:

2. Build-to-suits are the new spec:  In 2013 half of all U.S. construction began with pre-leases in place. Underwriting criteria for big box space made true speculative construction difficult and many developers sought pre-commitments prior to ground breaking. This means today's build-to-suits are less about special purpose buildings, or design-build-projects, but are more about kicking off semi-spec buildings.

3. Focus on rail: With the cost of trucking on the rise, developers and investors are focusing on markets with solid intermodal infrastructure in place such as Dallas, Columbus and Memphis. For the seaport markets such as Oakland and Miami there is a push to enhance on- and near-dock rail capabilities; Miami's new rail system, for example, will give the port access to 74 percent of the U.S. population.

4. Growth driven by 'clicks' surpassing 'bricks':  A staggering 40 percent of big-box industrial requirements are correlated to e-commerce; a sector growing globally by 20 percent each year. As retailers develop new real estate models to support their omni-channel logistics models, they are looking at six primary types of warehouse space, ranging from mega-distribution centers to smaller delivery centers in urban areas.  In 2014, we expect to see demand for urban logistics centers to support same-day package delivery.