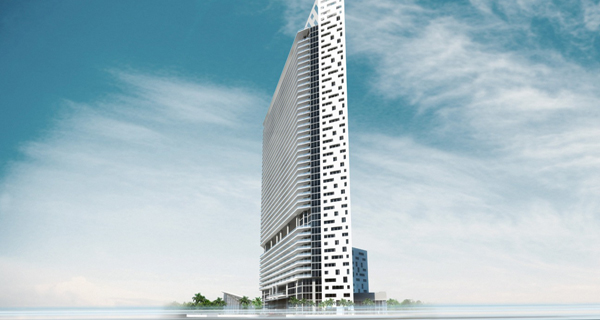 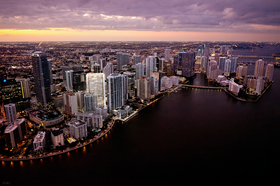 (MIAMI, FL) -- The downtown Miami condo market seems to be making a strong come back in early 2012 with the upcoming groundbreaking of a new $170 million luxury condo tower called BrickellHouse.

BrickellHouse, a 46-story luxury residential tower under development by Newgard Development Group, becomes the first newly-conceived condominium project to launch since 2008, reflecting the rising demand for urban living in South Florida and fast-improving market dynamics in Downtown Miami. Development of the tower located at 1300 Brickell Bay Drive, will begin with a groundbreaking in the second quarter of 2012 - with construction expected to be completed within two years. 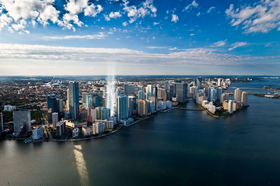 News of the BrickellHouse launch comes as the Downtown Miami/Brickell residential market completes a dramatic rebound following one of the most storied construction cycles in U.S. history.

As of February 2012 only 2,000 of the 23,000 condo residences delivered during the boom remain unsold, with fewer than 1,000 of those located in the Brickell Financial District. Condo prices are also rising fast. The average sale price of units sold during 2011 was nearly 31% higher than during the same period in 2010. 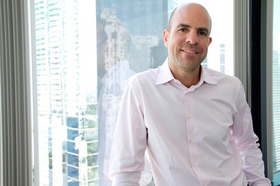 "BrickellHouse introduces a new standard of luxury to the Miami residential market at a time when buyers are increasingly seeking a lifestyle that offers all the comforts and amenities of a premium property as well as the everyday conveniences of urban living," says Harvey Hernandez, Managing Partner and Chairman of Newgard Group. "Combining modern design, meticulous attention to detail, and leading-edge technology, BrickellHouse will be the 'go-to' address for residents seeking refined cosmopolitan living at the heart of one of the world's most dynamic downtown districts." 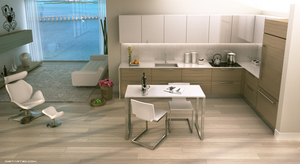 BrickellHouse will include street-level office; restaurant and retail space intended to enhance the neighborhood's pedestrian experience. Among the earliest retail tenants is Meat Market Steakhouse, which will debut its first mainland Miami location at BrickellHouse following its successful flagship restaurant along Lincoln Road in Miami Beach.

Additional building features will include Brickell's first rooftop sky deck and pool on the tower's 46thfloor, state of the art health spa and fitness center, high-definition screening room, private owner's lounge, high-speed elevators, and wireless internet throughout all common areas. The addition of one of the nation's first fully automated robotic parking garages will yield significant convenience and security, as well as environmental benefits, including greatly reducing the building's carbon footprint. BrickellHouse is being designed to achieve LEED certification from the U.S. Green Building Council.

BrickellHouse will cater to local and new-to-market buyers, as well as a resurgent international clientele, according to Alicia Cervera Lamadrid, Managing Partner of Cervera Real Estate, the brokerage firm charged with selling the tower's units. "The BrickellHouse launch comes just as the availability of premium residential product expires and savvy buyers are looking to make their next move. Domestic and international purchasers see tremendous value in Miami's real estate market, stemming from the city's global destination status, burgeoning urban core, connectivity with Latin America and Europe, and occupancy rate. These factors have ushered in strong market fundamentals sooner than many predicted and have led to an under-leveraged market that stands in sharp contrast with last decade's speculation-fueled boom," said Ms. Cervera Lamadrid.

Lamadrid further told World Property Channel in a one-on-one interview that sales are brisk and that they have now sold over 50% of the total available units in BrickellHouse. Some of the top feeder markets for sales have been the typical international markets of Latin America, Europe and Russia. But there is a new up and comer feeder market to the Miami condo buying scene: Asia.

Demand is further buoyed by the building's prime location, one block off of Brickell Avenue in the center of Miami's financial district, home to the highest concentration of international banks in the U.S. outside New York City. Dozens of high-end restaurants, lounges, hotels and shops are within a few blocks. The Mary Brickell Village dining and retail district and the now-underway Brickell CitiCentre mixed-use project are both a short walk away. Multiple public transit options connect BrickellHouse with Miami's star attractions, including American Airlines Arena, the Adrienne Arsht Center for the Performing Arts, Miami Art Museum and Miami Science Museum in Museum Park, and Bayfront Park. Miami International Airport is located less than 10 miles away.

Newgard Group's executives benefit from more than 30 years of experience developing multifamily properties in South Florida and have spearheaded numerous past projects including Solaris at Brickell, City Palms in downtown West Palm Beach, and Gallery Art in the Miami Arts District. The firm has assembled an all-star design and construction team for BrickellHouse. Sieger Suarez Architectural Partnership is serving as the building's design architect; internationally renowned Yabu Pushelberg and Artefacto are overseeing interior design and furnishings; and John Moriarty & Associates will serve as General Contractor.

Hernandez further commented, "At the end of the day, we are selling a luxury lifestyle. Our project offers that type of lifestyle that appeals to a wide range of people, from young professionals working on Brickell to empty nesters looking for an energetic and active lifestyle address."