Private islands are the ultimate status symbol. Water separates the owners from their peers-- and the cold cruel reality of the outside world. Surrounded by water, a home becomes a kingdom.

As far as personal kingdom fantasies go, it's reasonably obtainable. Magician David Copperfield has his own island. So do Richard Branson, Johnny Depp and Mel Gibson
At any given time there are dozens of islands for sale around the world. But the market has been hurting in recent years, with prices falling 50 percent or more for a decent island, experts say. An island may be the ultimate discretionary purchase--no one needs a private island--and the population of buyers is limited.

For shoppers slightly below the Sheikh's price range, here is a random sampling of five private islands for sale: 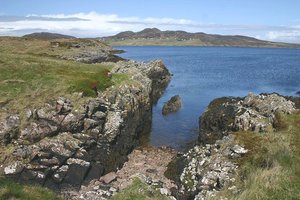 Owned by a single family since 1996, this 800-acre island is 1.5 miles off the northwest coast of Scotland, part of the Summer Isles archipelago. There are nine residential properties, a cafe, a post office and three jetties on the island. "The chance to own your own Scottish island is extremely rare," John Bound of listing agent CKD Galbraith told a reporter. "With Tanera Mor's thriving tourist enterprise coupled with being a truly spectacular place to live, we expect to receive a lot of interest as it goes on the open market."

Telecom billionaire Craig McCaw owns this 780-acre, full-service island in Canada's Gulf Island archipelago. Amenities include an airstrip, six guest houses, 18-hole Jack Nicklaus-designed golf course and an imitation Western town. In the past it was used as an agricultural settlement and an "industrial plant and company town," according to the listing. Twenty percent of the island has been set aside as a nature preserve. 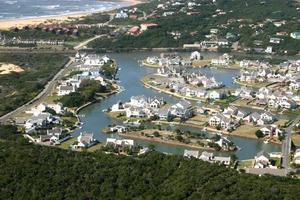 The only private and singularly-owned island in the Royal Alfred Marina development on South Africa's "Sunshine Coast." The island covers more than 3,800 square meters and can be sub-divided. "One could give freehold title to different owners and create your own community," according to the listing. The previous owner built a mansion on the property with a pool, tennis court and clubhouse. But the house was destroyed by a fire. 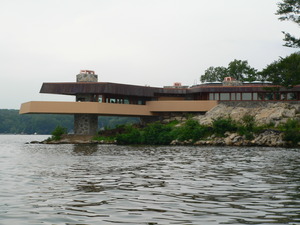 The 11-acre island located on private Lake Mahopac.is controversial in architectural circles. Advertisements for the island describe the main house as designed by famed designer Frank Lloyd Wright, who reportedly once claimed the house would surpass his famous Fallingwater. Wright created the original plans for the house, but never built it; the current owner brought in an architect to realize the plans in 2008, a process that doesn't qualify the house as a "Frank Lloyd Wright," purists argue. But a 1,200-square-foot cottage was designed and built in the 1950s. 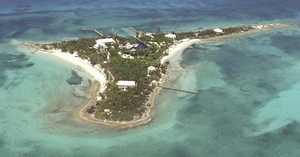 The 8-acre island in the Sea of Abaco has been developed as a resort. Only a 45-minute flight from Miami, the island incudes deep-water docks, a dive shop and a 5,400-square-foot main residence, according to the listing. But there's more. The deal includes five boats, a reverse osmosis water maker capable of producing 6,000 gallons per day and a 15,000- square-foot parcel of land with two docks and a boat lift in the harbor of nearby Man O War Cay.