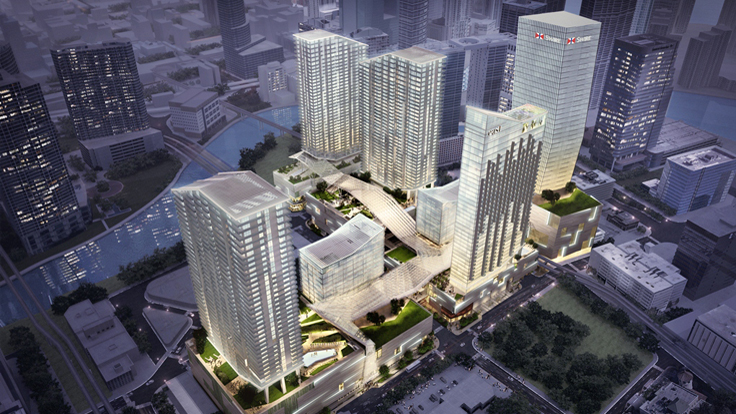 
Swire Properties' new East brand hotel in Miami's Brickell CityCentre development will include a boardroom that can seat 250 people on the 39th floor with "uninterrupted views of the bay," says Brian Williams, Swire Hotel managing director.

However, the brand's first hotel in North America, East Miami, will focus on leisure travelers, Mr. Williams told World Property Channel while in Miami working on details for the hotel.   Acknowledging that Latin American customers dominate in downtown Miami, the brand's "eyes will be firmly focused on [the] south," to appeal to that market "especially when they come on their shopping trips," Mr. Williams said. 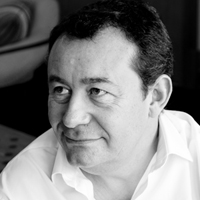 The East hotel will anchor the $1.05 billion Brickell City Centre, the mixed-used project in downtown Miami developed by Hong Kong-based Swire Properties. It will be the first U.S. hotel outside Asia and the third worldwide for the East brand, a subsidiary of Swire Hotels.

The Swire hotel group is focusing on urban hotels in Hong Kong and mainland China. Current properties include The Opposite House, Beijing; The Upper House, in Pacific Place, Hong Kong; East, Hong Kong; East, Beijing and The Temple House due to open in Chengdu in 2014.  The group is now testing the water in the west with the Miami location. Further expansion plans in North America will be evaluated based on East Miami's performance, Mr. Williams said.

Designed by Miami-based architects Arquitectonica with interiors by New York-based Clodagh Design, the hotel will offer 89 full-service apartments for longer stays common in Asia and Latin America, along with the 263 guest rooms.

With more than a year before the hotel opens its doors, Mr. Williams has recruited David Arraya, formerly of the Fontainebleau, as general manager. He will move to Hong Kong to learn the brand's culture before returning to Miami, Mr. Williams said.

Mr. Williams hope to create a youthful, non-stuffy atmosphere in the hotel with a younger staff. The current average age of the current 2000 employees is 27.

"It's about rethinking the processes," Mr. Williams said. "Like our restaurants and bars, some people associate five star hotels with formal dining but that's the last thing people want these days, people want informal dining of high quality."

The Miami hotel's restaurants won't have a dress code. "Everything is pretty informal" in Miami, he said.