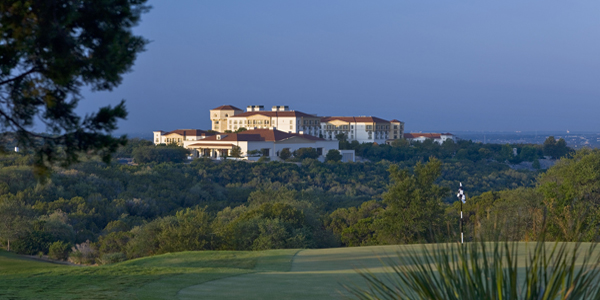 Deep In the Heart of Texas: The Westin La Cantera Hill Country Resort 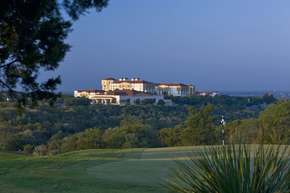 At the Westin La Cantera, a bird's-eye view of the Hill Country

The Texas Hill Country reveals itself in sweet vignettes, until you're taken away by the soft-yet-rugged beauty and the charming little towns and the surprisingly-good wineries rolling past.

This is a different Texas, distinct from the flatlands to the east, the rolling Panhandle to the north, and the stark mesas and cliffs to the west. It's region of rolling hills, meandering rivers, horses grazing in roadside pastures, and hospitable people who love their country music and their heritage. .

The Hill Country is one of those places where there are pleasant little surprises seemingly around every bend in the road.

One of the region's signature resorts is the Westin La Cantera Hill Country Resort, overlooking San Antonio from fifteen miles away. From here, you can be at San Antonio's great attractions - the Alamo, Riverwalk, Six Flags, or SeaWorld - in just a few minutes, and everywhere else in the Hill Country within 90 minutes.

The Westin La Cantera borrows from varied historical influences in its architecture and design,  including European (round, castle-like towers), Spanish Mission (iron metalwork, heavy wooden doors), and pure-Texas (items from the legendary King Ranch, at one time the largest in America).

This is an AAA Four-Diamond property, named "One of the World's 500 Best Hotels" last year by "Travel & Leisure." The 508 guestrooms include 25 suites, as well as 38 "casitas" in the Texas Colonial style.

There are six pools, called The Lost Quarry Pools, connected by bridges and channels, and set amidst locally-quarried rock. The Resort Golf Course has been ranked among the country's best by both "Golf Digest" and "Golf" magazine. The Palmer Course was designed by - who else? - Arnold Palmer. The Academy is one of the better golf schools in Texas. And the Castle Rock Health Club & Spa provides state-of-the-art facilities. 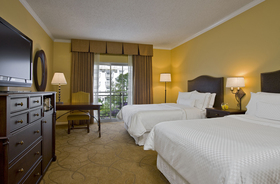 The signature restaurant is Francesca's at Sunset, with South Texas cuisine touched by a bit of the Southwest. Brannon's Café offers regional specialties, and there are two other eateries, as well.

In addition, the Westin La Cantera has a story for every public facility on the property. For instance, Francesca's evokes the story of a West Texas maiden whose tale of lost love is said to still echo in the mysterious winds of Fort Stockton. Brannon's Café is named for the previous owner of this land. Then there's Steinheimer's Lounge, named for a German immigrant who found treasure...and supposedly buried it in a nearby town called Belton.

The Westin La Cantera is only an hour from the old town of Fredericksburg, settled by German emigrants in the mid-1800's and today filled with eateries offering schnitzel and strudel, unique shops and galleries, the tiny "Sunday Houses" used by the German famers who came in from the hinterlands to town on the weekends, and, believe it or not, a world-class museum. Fredericksburg was the home of World War II admiral Chester Nimitz...and is now home of the National Museum of the Pacific War.

Close by is the legendary "town" - crossroads, really - of Luckenbach, site of the honky-tonk where Willie Nelson got his start. Also, take a drive on the Texas Hill Country Wine Trail, where you'll come across delightful little wineries like Pedernales Cellars and Grape Creek Vineyard. Nearby is President Lyndon B. Johnson's ranch, on his beloved Pedernales River.

Drive slowly through the Texas Hill Country. You'll be stopping a lot.