Demand for Office Space in Milan Intensifies, at Record Levels in 2017

Global real estate consultant Knight Frank is reporting this week that office take-up in Milan is set to reach 330,000 square meter in 2017, making it the second strongest year on record.

The first nine months of 2017 saw the strongest period on record for the city; with office take-up reaching 273,000 square meter. Indicators show this surge of take-up will continue well into the New Year.

Continuing this trend, 2017 is also set to be one of the strongest years on record for Italy's economy since the financial crisis. In recent years, Milan in particular has experienced significant capital targeting assets with development opportunities, expanding the city's premium quality stock and in turn, its skyline.

Office occupiers in Milan are seeking properties that add value to their business and as a result, prime office space in the city is fast becoming scarce. Developers are striving to keep up with the demand and although 220,000 square meters of office space is currently under construction, increases in availability are likely to be short-term due to ongoing occupier activity and high levels of pre-leasing.

Milan's office market has also maintained its appeal to investors, with a total of €1.4bn ($1.66b USD) invested in Milan's office sector in the first nine months of the year and both domestic and foreign investors still very active in the city.

Alessandro Riboni, Chief Executive of Knight Frank's Milan office commented, "Milan has been under investors' radar for years, becoming one of the key international markets. Advising our national and international clients, we have been witnessing the ever-growing interest for the city. The strong competition for prime assets has continued to support the compression of yields." 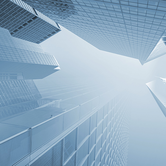 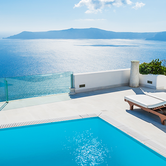 Hotel consultant STR is reporting this week that 2015 marked the first year since 2010 in which the European hotel industry passed hotels in the U.S. in year-over-year revenue per available room (RevPAR) growth.

According to CBRE's newly released Global Living Report: A City by City Guide, Hong Kong continues to hold its position as the world's most expensive residential location with an average of $1,416 per sq. ft. 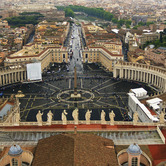 Foreign Property Investment in Italy Poised to Uptick in 2015

Global real estate consultant Cushman & Wakefield reports commercial real estate investment volume in Italy during 2014 is expected to be in the range of 5 billion euros.