Besides being LeBron James' hometown, Akron Ohio is now top dog for buying rental property according to a new report by RealtyTrac.

RealtyTrac has just ranked the top 10 college towns for buying rental properties, and the top 10 college towns for flipping. For these rankings, RealtyTrac looked at public 4-year universities with a total 2012 enrollment of 20,000 or more based on data from the National Center for Education Statistics and located in counties with an unemployment rate below the national average of 6.2 percent in June 2014.

The top 10 college towns for buying rental properties were ranked based on annual gross rental yield, which is the annualized rental income -- using average fair market rents for the town from the U.S. Department of Housing and Urban Development --divided by the average of the median sales prices in the city during the first eight months of 2014. 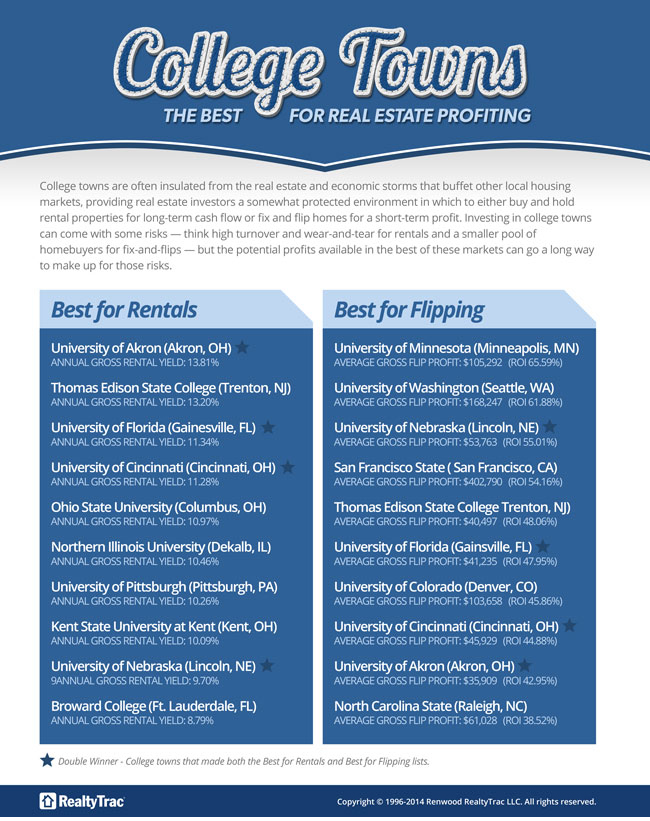