Golf Course Communities: Back from the Brink

There's a common saying that the Chinese word for 'crisis' is composed of two characters. One means danger; the other represents opportunity.

This figure of speech - popularized by President John F. Kennedy during a 1959 appearance in Indianapolis - is a befitting description of the golf course real estate industry. While many see danger in a business experiencing more golf course closings each year than openings, some see opportunity. And that includes some of the most seasoned investors from Wall Street to Main Street.

Indeed, at a time when numerous golf developments are struggling due to declining demand and scarcity of capital, many have been recapitalized in recent years by new ownership groups and they're starting to reap the fruits of their newfound investors' capital resources. 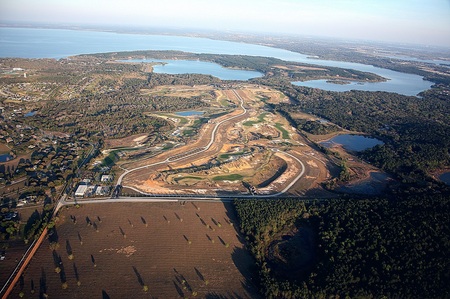 Located on the shores of Lake Apopka in the rare rolling hills of Montverde, Fla., Bella Collina roared into the real estate world in 2004 when veteran developer Bobby Ginn sold nearly 400 home sites for $174 million on a single day. A year later, Ginn sold out the remaining half of its 1,900-acre development after generating another $320 million in single-day lot sales.

It was an investor-fed frenzy that included the likes of actor Chris Tucker purchasing a $6 million residence along a strip of 10,000-square-foot mansions. Two years later, after 40 multi-million homes were built at Bella Collina and a world-class 75,000-square-foot clubhouse was added to the Nick Faldo-designed championship golf course, the high-flying Florida real estate market came to a crashing end and subsequently halted Ginn's upscale golf and country club community.

Now, seven years after sitting like a ghost town, Bella Collina is under new ownership and buzzing with construction activity as part of the development's newly relaunched real estate campaign. Call it Bella Collina 2.0, and the team behind the revitalized development is DCS Investment Holdings, which acquired the distressed development for $10 million in July 2012.

After building a series of new world-class amenities, including a fitness center, resort-style infinity-edge pool and Har-tru tennis courts, and acquiring the majority of the community's 900 financially distressed lots, DCS Investment Holdings is now focused on the rebirth of Bella Collina real estate through a relationship with Christie's International Real Estate.

Prominent Florida luxury home builders Phoenix Companies and Vogel Building Group are so bullish on the new Bella they're busy building several new custom homes in the club, including a 20,000-square-foot home by a Brazilian family. Overall, Bella Collina has 10 new homes under construction with prices ranging from the low $700,000s to $13 million, according to DCS Investment Holdings partner Randall Greene, who lead's Bella Collina's real estate efforts.

"(Florida's) real estate market has stabilized and the luxury real estate market has certainly stabilized," says Greene, whose investment group is led by Washington Redskins co-owner Dwight Schar, who earned his wealth as the founder of one of the country's largest production homebuilders, NVR Inc. "Everything is incredibly strong (at Bella Collina) and we're moving in the right direction.

"We're optimistic about the future. Bella Collina is unlike any other place, probably in the entire Southeast region. When you come out here and experience our club's Tuscan-inspired architecture, amenities and lakefront setting, you feel like you've basically stepped into another world."

Another sign high-end golf course development is back from the brink is a look at the Las Vegas desert where bankrupt Lake Las Vegas recently reopened for business thanks to the resort community's newest investor, hedge fund billionaire John Paulson. Just two weeks ago, the Hoffman Company closed on the sale of 344 partially improved lots on 127 acres at the former site of the Falls Golf Course within the 3,600-acre master-planned community that once had a Ritz-Carlton resort and Jack Nicklaus-designed championship course playing host to annual televised golf events.

"The land business has similarities to the Buddhist philosophy of birth, death and rebirth, and there is no place where this is more clear than Lake Las Vegas," says Aman Lal, who brokered the $12.5 million transaction to California investor RY Properties. "This investment demonstrates investors' confidence in the rebirth of Lake Las Vegas. Seasoned real estate investors are placing large bets on the future of Lake Las Vegas and its return to prominence.

"RY Properties is excited about having three entry points into the new-home market as Las Vegas continues its recovery."

Do golf courses still have a relevant spot in future master-planned communities? If feedback from numerous developers and home builders is any indication, golf remains as relevant as ever from a real estate sales and lifestyle perspective?

"From our perspective, being high-end private club community developers, golf is what helps define the club," says Adelson, whose private Scottsdale, Ariz.-based organization is also working on new private club communities at Princeville Resort on Kauai and Makena in Maui. "Golf is not the only amenity at our clubs these days, and for some people it's not even the primary amenity. But to define what we view as the traditional family golf club we think golf is a vital component to it. Golf just helps to spread out the recreational amenities and obviously from a real estate perspective, it provides that level of open space, vistas and views that add value to the property. ....

"My dad always told me golf's a sport of a lifetime, where lacrosse and all of these other fads or things going on. ... Once you get a little old, you're not going to be able to play the sport. So golf will always be in people's vocabulary as far as they get older and can afford to get into these types of communities."

"Our latest properties are golf ands (clubs)," Adelson says, "meaning they're golf and lake clubs, golf and beach clubs. ... We like to have a full amenity package for today's active adult lifestyle. Even when you're older you like to exercise and go to great restaurants, and some people like shooting and fishing all that. But I think golf and is an important facet in what we're doing." 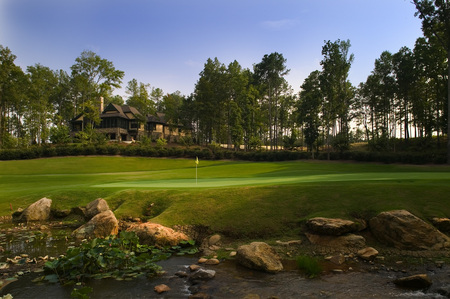 "I believe the game of golf will always be important to resort properties for generations," says Daniel Corp. principal John Gunderson, whose Birmingham, Ala.-based organization is responsible for overseeing Reynolds' six golf courses, four marinas, Ritz-Carlton Lodge and nearly 5,000 acres of undeveloped land. "The game of golf is alive and well, and not going away.

"It's that one game that can be enjoyed your entire lifetime and one that can be played by people and families of all different skills on a wonderful afternoon. ... Plus, the beauty, the nature, the recreation and the heritage of the sport. That image and that practicality will always make it a differentiator for real estate. Golf will always be an important part to community development."

Bella Collina, and many other developers, are counting on it.