Based on new data from Zillow, residential rental concessions are now nearly twice as common as they were in February 2020, as landlords strive to attract new tenants in a rental market that has softened considerably since the coronavirus pandemic took hold.

The share of residential rental listings on Zillow that advertise some form of concession rose from 16.2% in February to 30.4% in July. That includes discounts like free months of rent or parking, offering a gift card, or even waiving a deposit fee. Only 12.5% of rentals advertised concessions last July.

Of the six types of concessions tracked in the Zillow study, free weeks of rent was by far the most common. With relief ranging from two weeks to two months, free rent made up 90.8% of all promotions offered across the U.S and ranked as the top concession choice in all but six of the 50 largest markets. Reduced or waived deposits (9.1%) and gift cards (6.6%) followed. The median amount of free rent offered is six weeks, which equates to an 11.5% annual discount. For the typical U.S. rental, that would mean about $200 in monthly savings.

Landlords appear to be choosing to offer concessions rather than reduce rent to entice tenants to their buildings, as demand for rentals has waned since February.

"Before the pandemic, rent growth was accelerating and the nation was seeing concessions dwindle. That trend reversed sharply after the pandemic hit in February," said Zillow economist Joshua Clark. "In a softer rental market, landlords are trying to push the right button to bring renters into their space."

A survey of renters taken in April as part of Zillow's 2020 Consumer Housing Trends Report found that 55% reported receiving at least one concession or perk in their rental agreement. Among renters who received at least one concession, the most common were parking (35%) or at least a month of free rent (34%), followed by a reduced monthly rent price (23%).

Renters in multifamily and other home types are more likely to receive some sort of concession than those in single-family rentals: 63% of multifamily renters report getting at least one, as do 59% of renters in other home types. Only 35% of single-family renters reported receiving any concessions. That means the increase in concessions is likely to be most prevalent in the multifamily buildings common in urban cores, which is consistent with previous Zillow research showing urban rents have been hit harder than rent in the suburbs during the pandemic.

Renters will most often find discounts in Washington D.C. -- 57.5% of listings advertised at least one type concession in July. Charlotte (53%) and Austin (47.1%) had the next-highest shares. These are all up dramatically from July 2019, when 27.4% of rentals in Washington D.C. were offered with concessions,  Charlotte had 29.4% and Austin just 15.3%. The only metro that saw concessions go down since February is Jacksonville (down 0.8 percentage points).

Concessions have flattened in some of the nation's most expensive markets, where rent is dropping. July rents were down year over year in the metros of New York (-2.6%) and San Jose (-2.2%). The share of concessions in New York rose from 8.8% in February to 14.9% in April, before easing down to 13.8% in July. Likewise, concession share in San Jose moved from 21% in February to 46% in June, then down to 40.1% in July.

"Concessions can often be a leading indicator of a coming price drop in that landlords will often offer them first, before reducing rent. If owners feel concessions are no longer moving the needle, they'll reduce prices," Clark said. "Many landlords prefer to offer a concession rather than cut rent and set a precedent that could linger when the market picks back up."

One of the biggest challenges for property managers since the beginning of the pandemic has been capturing prospective tenants' interest in a space without the option of an in-person tour, said Bevan White, vice president of marketing at Pegasus Residential.

"When our teams switched to a virtual leasing environment in late March, they had to adapt quickly as they couldn't physically show an apartment home with an in-person tour, one of the major tools we have to build value," White said. "Teams have used teaser photos, pre-recorded walk-throughs of amenities and even personalized recorded messages to capture the renters' interest before conducting a full virtual tour with the site team."

Without in-person tours in their toolbox, Pegasus has looked for new ways to add value for tenants beyond offering concessions. "We have slightly increased concessions in some markets, and we have also focused on increasing the availability of smart homes as a way to add value to a unit instead of simply offering free rent," White said.

U.S. rents grew 1.2% year over year in July, down from 3.9% in February and 3.5% in July 2019. More renters than last year have missed payments amid record levels of unemployment, and that may increase after extended unemployment benefits have expired. A Zillow study in June found that approximately 2.7 million U.S. adults moved in with a parent or grandparent in March and April, another recent hit to rental demand. 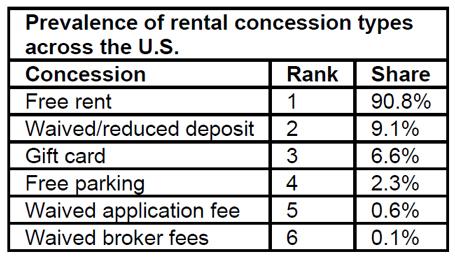 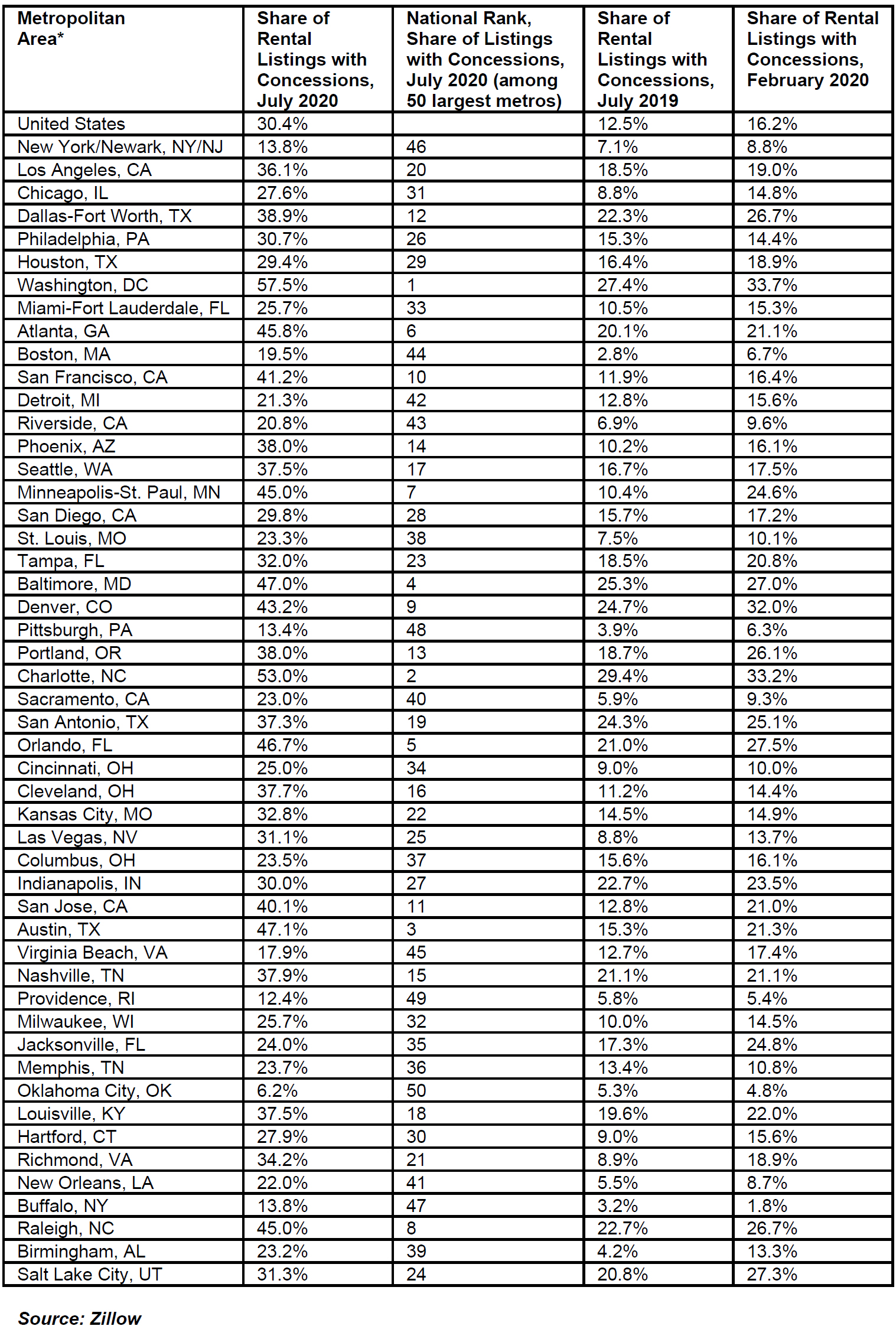