Typical Monthly Mortgage Payment Up $337 in Last 6 Weeks in U.S.

According to national property broker Redfin, a typical U.S. homebuyer's monthly mortgage payment has climbed $337 (15%) over the past six weeks to a new high of $2,547.

The extreme volatility and recent surge in mortgage rates has caused many potential homebuyers to delay or cancel their plans to purchase a home altogether. Pending sales dropped to their lowest level since January, and the share of homes sold above list price fell to its lowest level in over two years.

Homeowners are increasingly reluctant to enter the market as mortgage rates approach 7%. Even though new listings are down to their lowest level since February, months of supply (active listings divided by closed sales--the lower the level, the stronger the seller's market) has been growing quickly, reaching three months for the first time since July 2020. This means that more homes are lingering on the market because they are undesirable and/or overpriced, so it's no surprise that the share of home sellers dropping their price reached its highest level on record, at least since 2015 when Redfin began tracking this data.

"It's imperative for home sellers to react quickly and aggressively as the market turns," said Senior Vice President of Real Estate Operations Jason Aleem. "This means adjusting your pricing immediately if you want to be competitive and attract offers from a smaller pool of qualified homebuyers. If your home isn't the 'belle of the ball' in your neighborhood, you're going to need to cut the price to sell it."

"It's important to remember that much of the housing market data and neighborhood comparables being reported are based on home purchases that were agreed to a month or more ago when mortgage rates were a point and a half lower," said Redfin Deputy Chief Economist Taylor Marr. "Sellers should anticipate that buyers are unwilling or unable to pay a price similar to what their neighbor's home sold for a month ago, and buyers should connect with their lenders to find ways to mitigate the impact of rising rates. This could include paying upfront to lock in a rate, switching to an ARM and tightening your budget so you don't end up with a monthly mortgage payment that's a stretch to afford in the months to come." 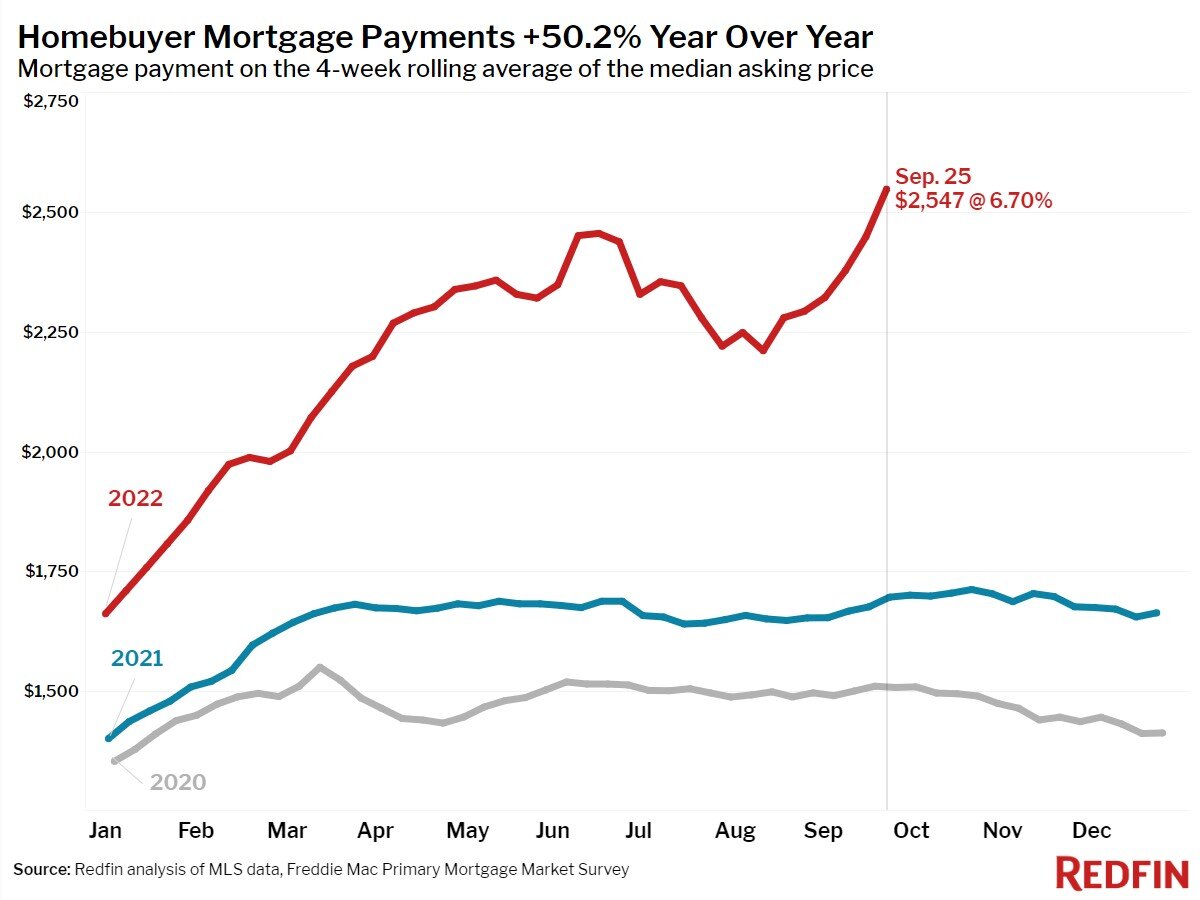