National property broker Redfin is reporting that new listings of homes for sale in the U.S. fell 15% year over year in the four weeks ending August 21, the biggest annual decline since the start of the pandemic. As a result, the supply of for-sale homes fell 0.6% from the previous four-week period-a slight decline, but just the second such drop since February 2022.

The dearth of homeowners putting their homes up for sale is partly a reaction to reduced demand and falling prices as there are fewer buyers in the market due to rising mortgage rates and economic uncertainty.

"Sellers are coming to terms with the fact that volatile mortgage rates have dampened demand. Some sellers are pricing lower, and some homeowners are staying put because they're nervous they won't get a good offer or they're hesitant to give up their low mortgage rate," said Redfin Economics Research Lead Chen Zhao. "Because the number of homes for sale is no longer rising, buyers' newfound bargaining power is reaching its limit. It's worth noting that early demand indicators such as tours and requests for help from agents are elevated from their June lows and remain steady. So there is a pool of interested buyers out there, but sellers need to price fairly to attract them. If more sellers and buyers find that middle ground on price, we could see sales strengthen a bit." 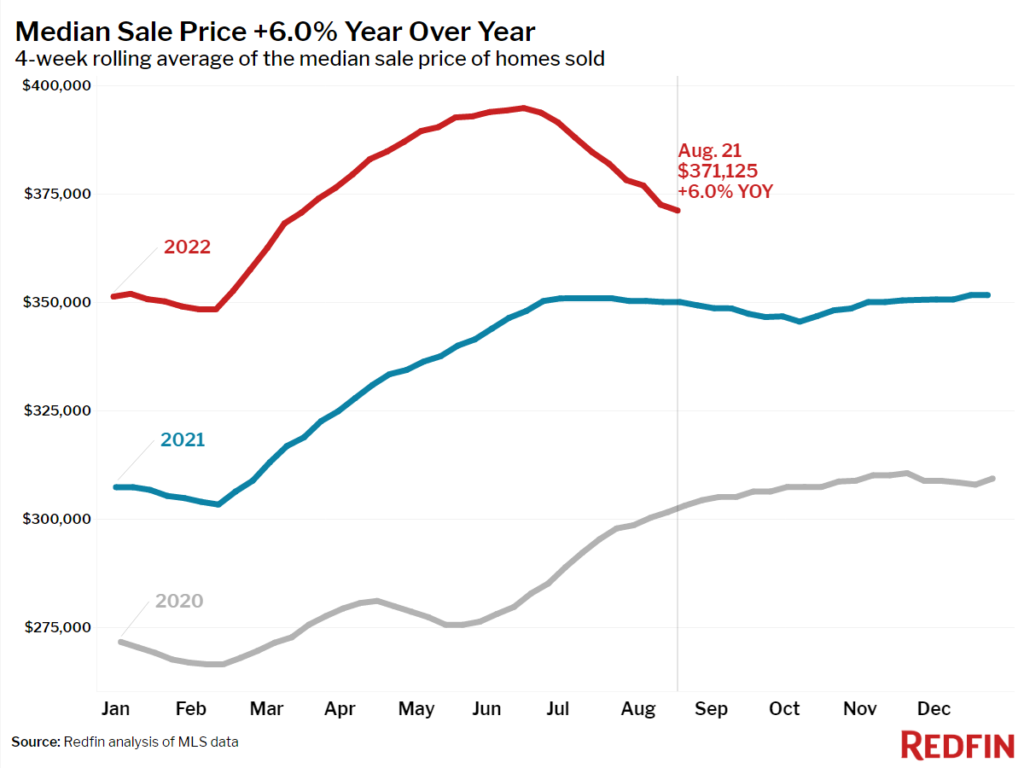 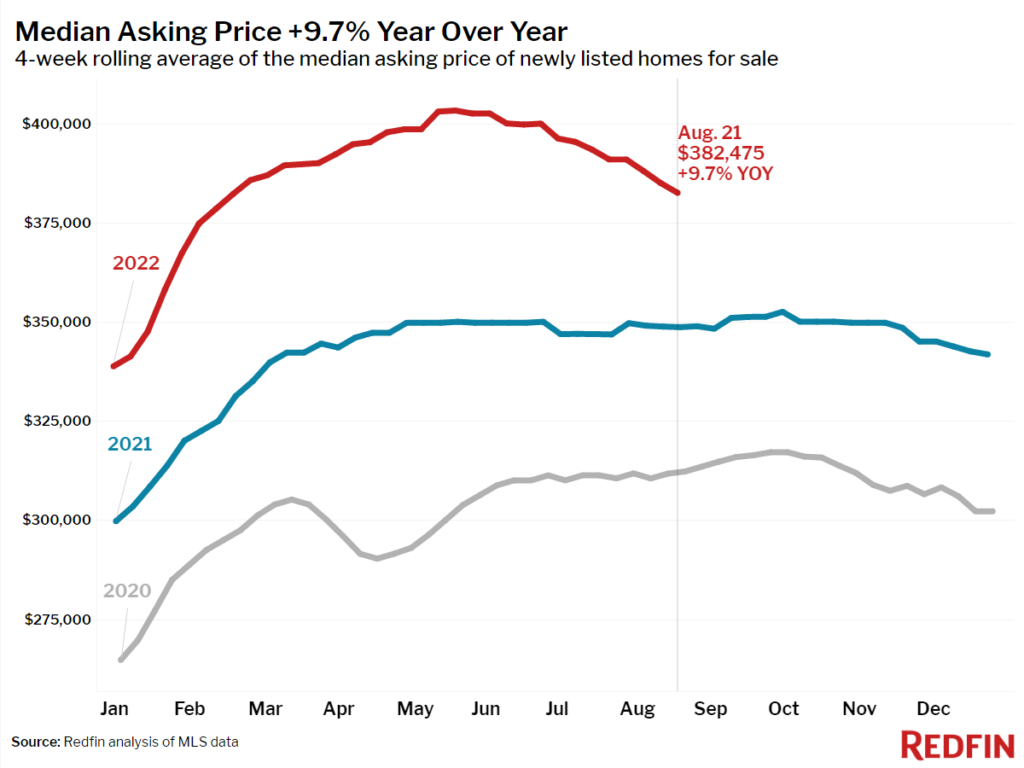 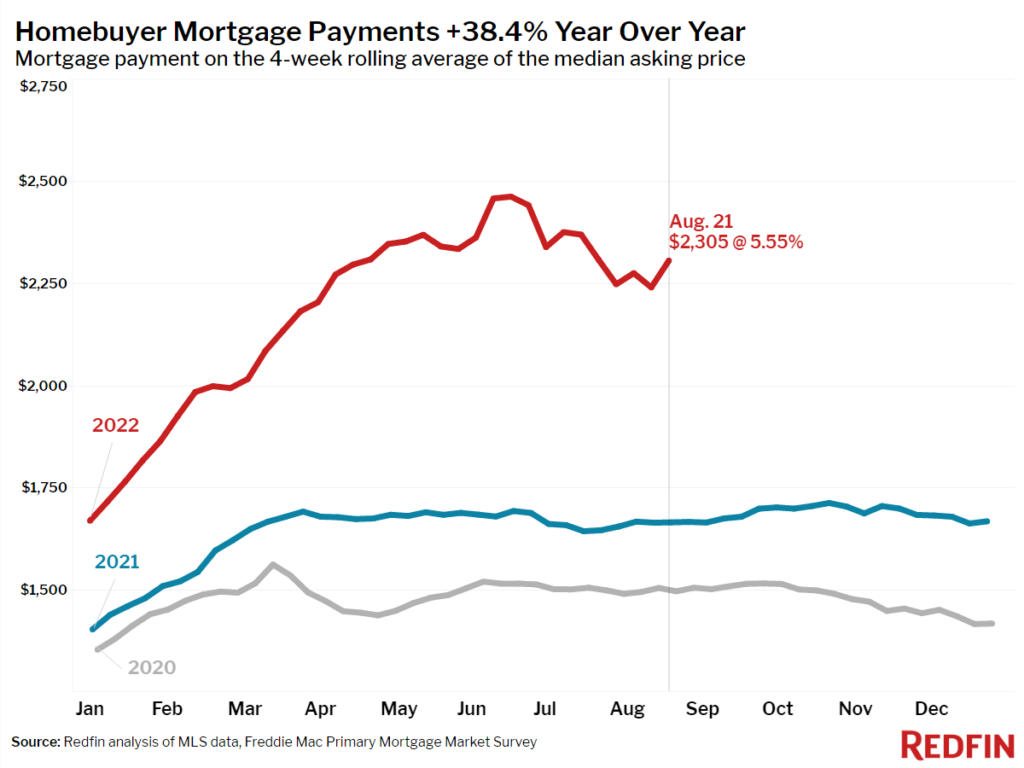 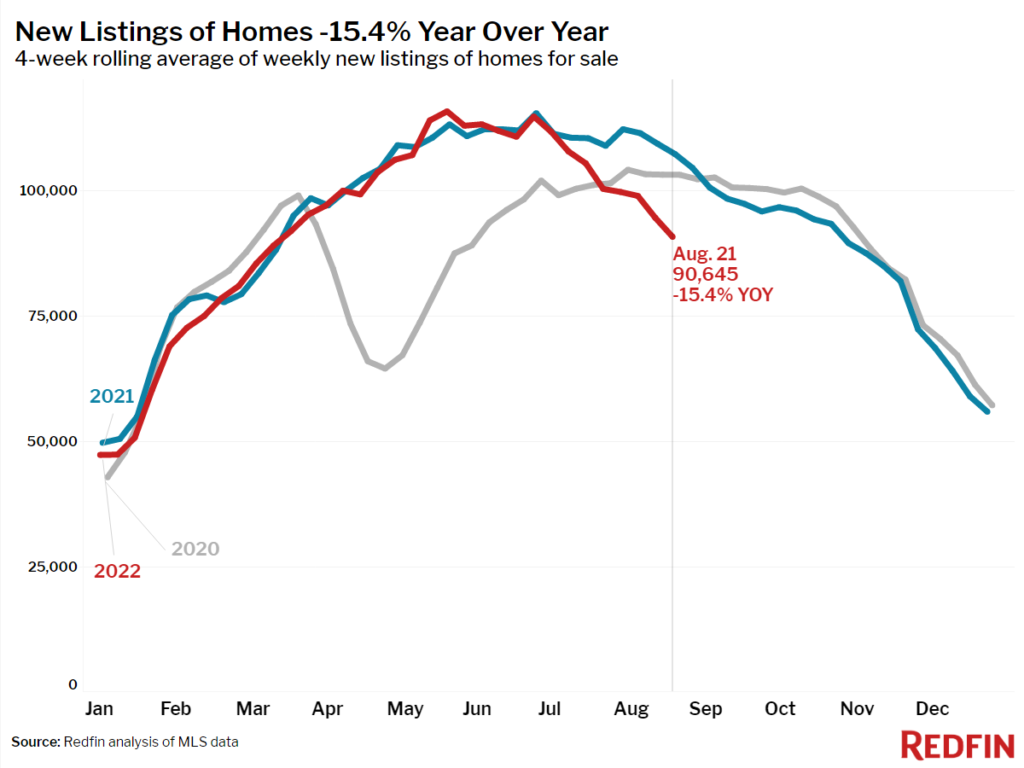