Based on new data from national property broker Redfin, national median asking rent was up 14% year over year to $2,032 in July 2022.

That's the smallest annual increase since November, and compares with a revised gain of 15% in June and 16% in May. On a month-over-month basis, the median asking rent climbed 0.6%, the slowest growth since February and down from a 2.1% increase a year earlier.

"Big rent hikes may finally be coming to an end as landlords adjust to waning tenant budgets that are being strained by the rising cost of groceries, gas and other regular expenses," said Redfin Chief Economist Daryl Fairweather. "Still, rents are increasing faster than overall inflation, which has started to ease. We expect rental growth to continue to slow, but markets with strong job growth and limited new housing construction, like New York and Seattle, will likely continue to experience large rent increases."

Asking rents rose 31% year over year in Cincinnati, the largest jump among the 50 most populous U.S. metropolitan areas. This was down from a 39% year-over-year increase in June, when Seattle, Austin and Nashville also saw rents increase more than 30% from a year earlier. In July, Cincinnati was the only metro that saw asking rents climb more than 30%, but nine others had increases of over 20%. After topping the list for the first four months of the year, both Austin, TX and Portland, OR fell out of the top ten metros with the fastest-rising rents in July.

Just three of the 50 most populous metro areas saw rents fall in July from a year earlier. Rents declined 10% in Milwaukee, 8% in Minneapolis and less than 1% in Baltimore. Milwaukee and Minneapolis have seen declining asking rents since April, but this is the first month asking rents in Baltimore declined. 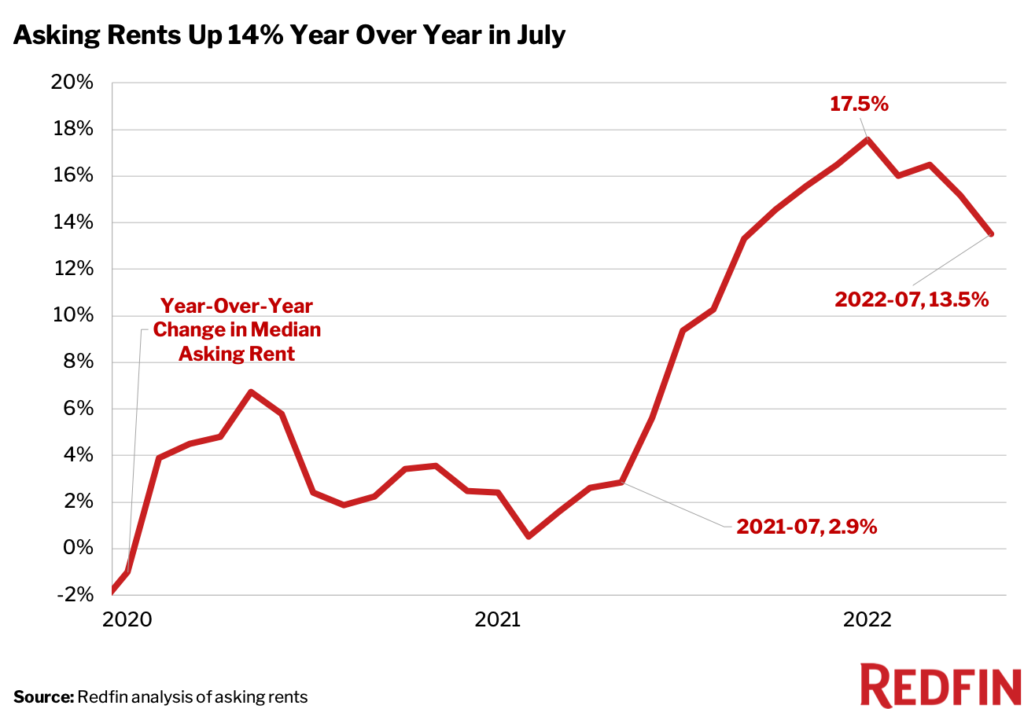 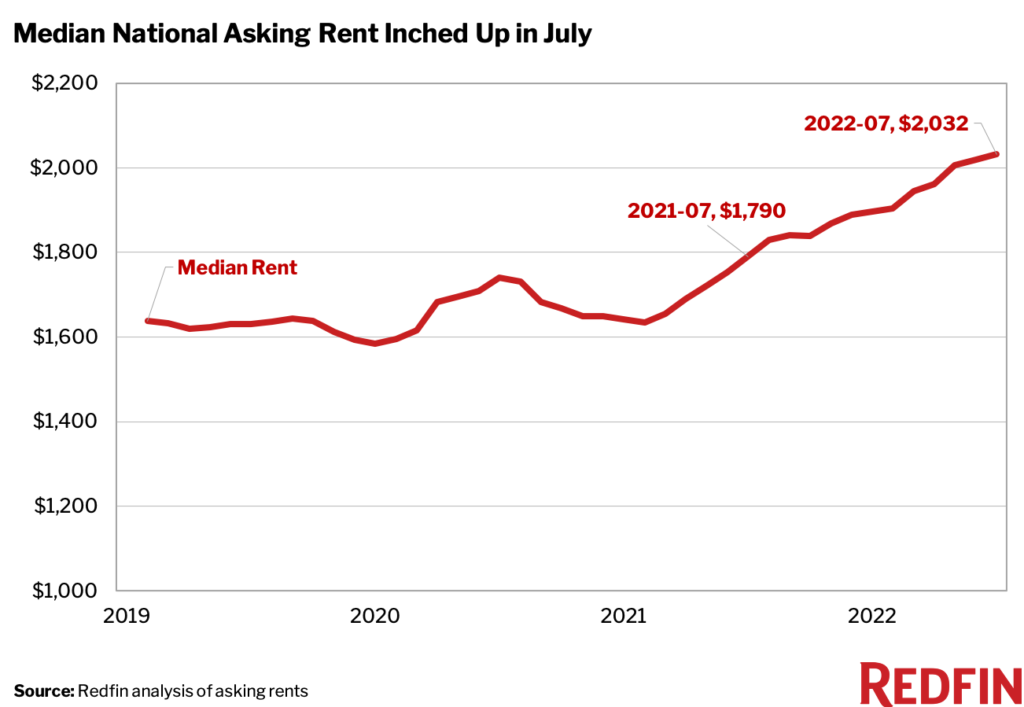