National property broker Redfin is reporting this week that residential rent increases tapered off in June 2022, with the national median asking rent rising 14% from a year earlier--the smallest annual increase since last October. Asking rents were up 0.7% from May, the smallest month-over-month gain since the start of the year.

"Rent growth is likely slowing because landlords are seeing demand start to ease as renters get pinched by inflation. With the cost of gas, food and other products soaring, renters have less money to spend on housing," said Redfin chief economist Daryl Fairweather. "This slowdown in rent increases is likely to continue, however rents are still climbing at unprecedented rates in strong job markets like New York and Seattle and in areas like San Antonio and Austin that soared in popularity during the pandemic."

Rents Up Over 30% in Cincinnati, Seattle, Austin and Nashville

Asking rents rose 39% year over year in Cincinnati, the largest jump among the 50 most populous U.S. metropolitan areas. Next came Seattle, Austin, TX and Nashville, TN, which also saw increases of over 30%.

Miami, Fort Lauderdale, and West Palm Beach fell out of the top 10 in June as rental increases in the Florida metro areas began to moderate. 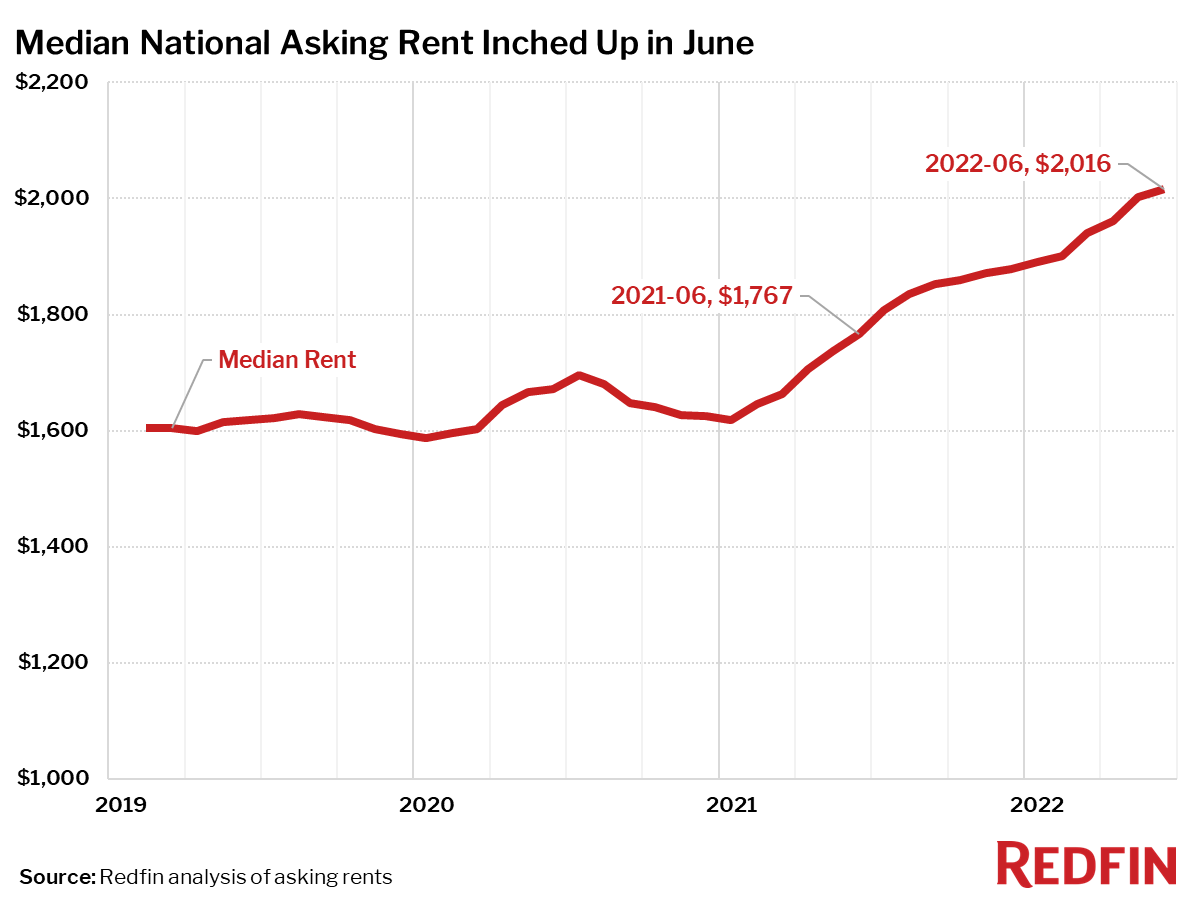 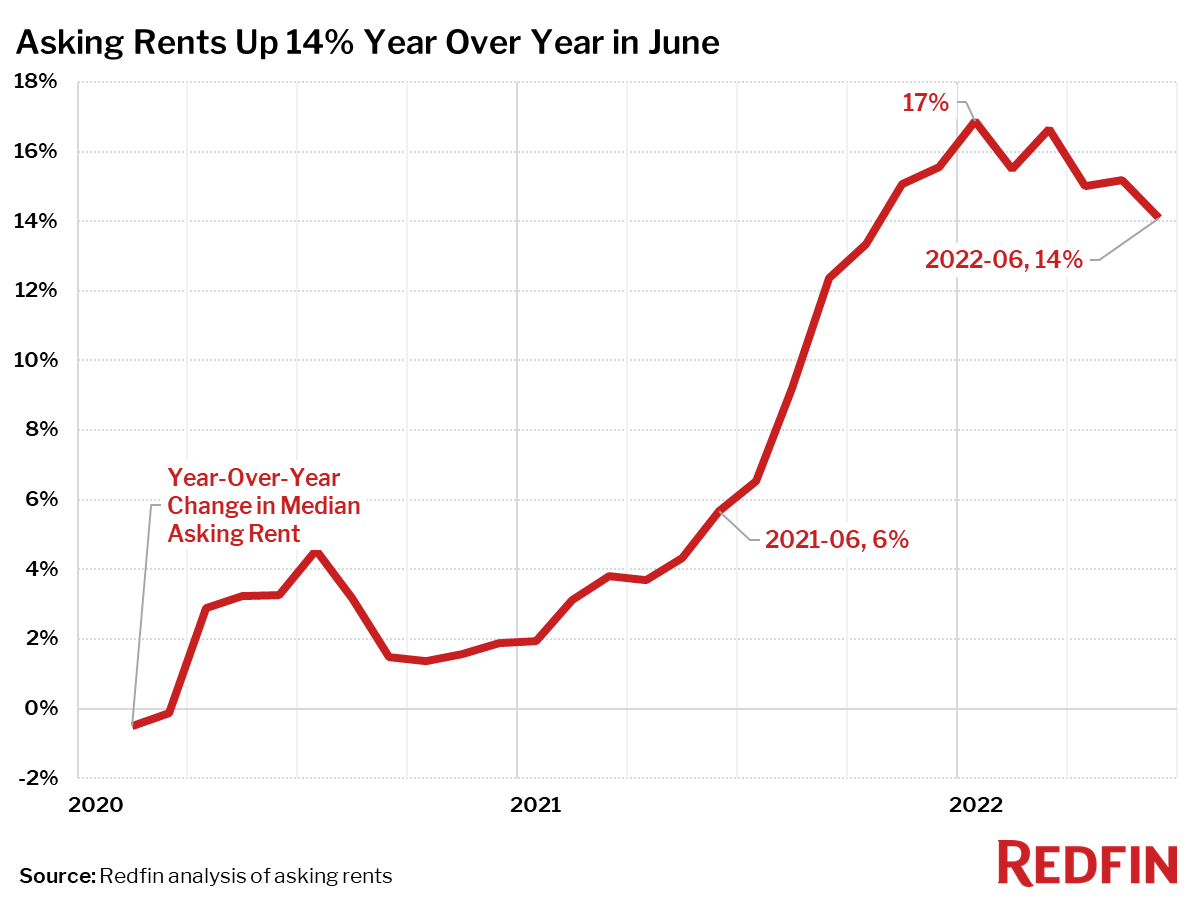