Driven by Fast Rising Mortgage Rates, Home Buyers Back Off in U.S.

Based on a new report from Redfin, nationwide, 57.8% of home offers written by Redfin agents faced competition on a seasonally adjusted basis in May, the lowest level since February 2021. That's down from a revised rate of 60.9% one month earlier and a pandemic peak of 68.8% one year earlier, and marks the fourth-consecutive monthly decline.

The typical home in a bidding-war received 5.3 offers in May, down from 6.8 in April and 7.4 in May 2021, according to data submitted by Redfin agents.

Homebuyer competition is cooling because rising mortgage rates and surging home prices have made homebuying less feasible for many Americans. The typical monthly mortgage payment for a homebuyer is now $2,514 at the current 5.78% mortgage rate. That's up 49% from a year earlier, when mortgage rates were 2.93%. Redfin economists expect the bidding-war rate to fall below 50% by the end of the year.

"Homes are now getting one to three offers, compared with five to 10 two months ago and as many as 25 to 30 six months ago," said Jennifer Bowers, a Redfin real estate agent in Nashville. "Offers also aren't coming in as high above the list price as before. I recently listed a three-bedroom, three-bathroom home in a super cute neighborhood for $399,900. It ended up going under contract for $12,000 above the list price with an inspection, whereas three months ago, the buyer probably would have paid $60,000 over asking and waived the inspection." 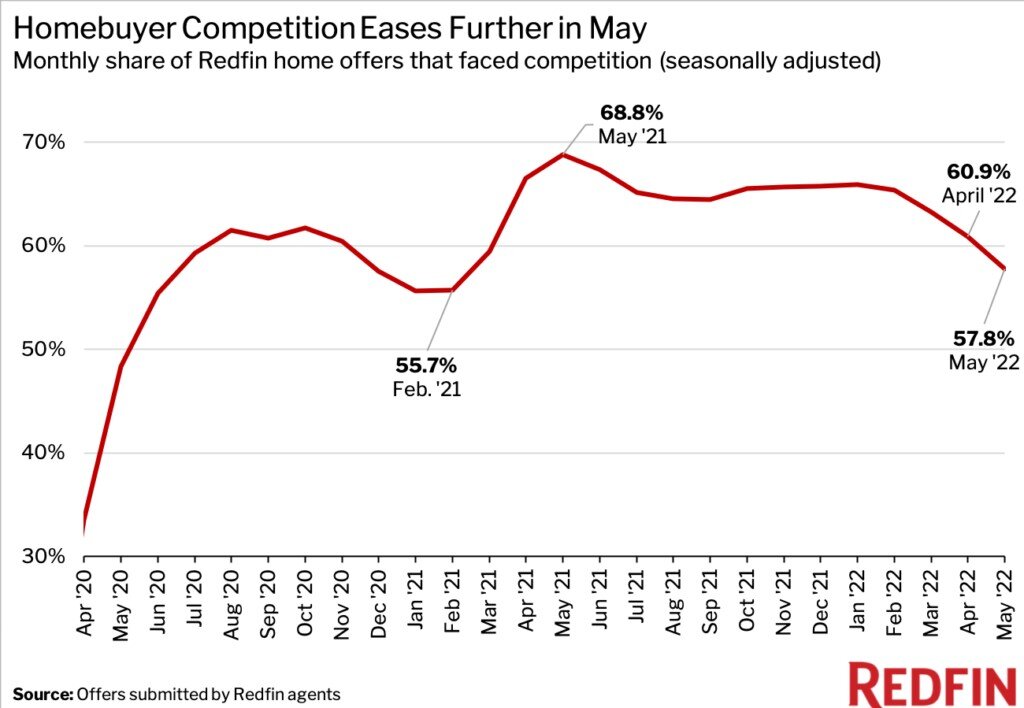 Homebuyer Competition Fell the Most in Providence, Riverside and Raleigh

Homebuyers in Worcester, Las Vegas and Boston Are Most Likely to Face Bidding Wars

In addition to seeing the largest year-over-year declines in competition, Riverside and Providence had the lowest overall bidding-war rates, at 41% and 45.3%, respectively. Next came Olympia, WA, where 47.2% of home offers written by Redfin agents encountered competition in May. Rounding out the bottom five were Honolulu (47.8%) and Minneapolis (48.7%).

Townhouses Are the Most Competitive Property Type

Townhouses were more likely than any other property type to encounter competition, with 64.6% of Redfin offers facing bidding wars in May. Next came single-family homes (61.6%), followed by multi-family properties (58.2%) and condos/co-ops (54.7%).

Some homebuyers have sought out townhouses because they've been priced out of the market for single-family homes. The typical home that went under contract in March was 1,720 square feet, down 1.8% from 1,751 square feet a year earlier, a recent Redfin analysis found.

(Sorted by lowest to highest bidding-war rates in May 2022) 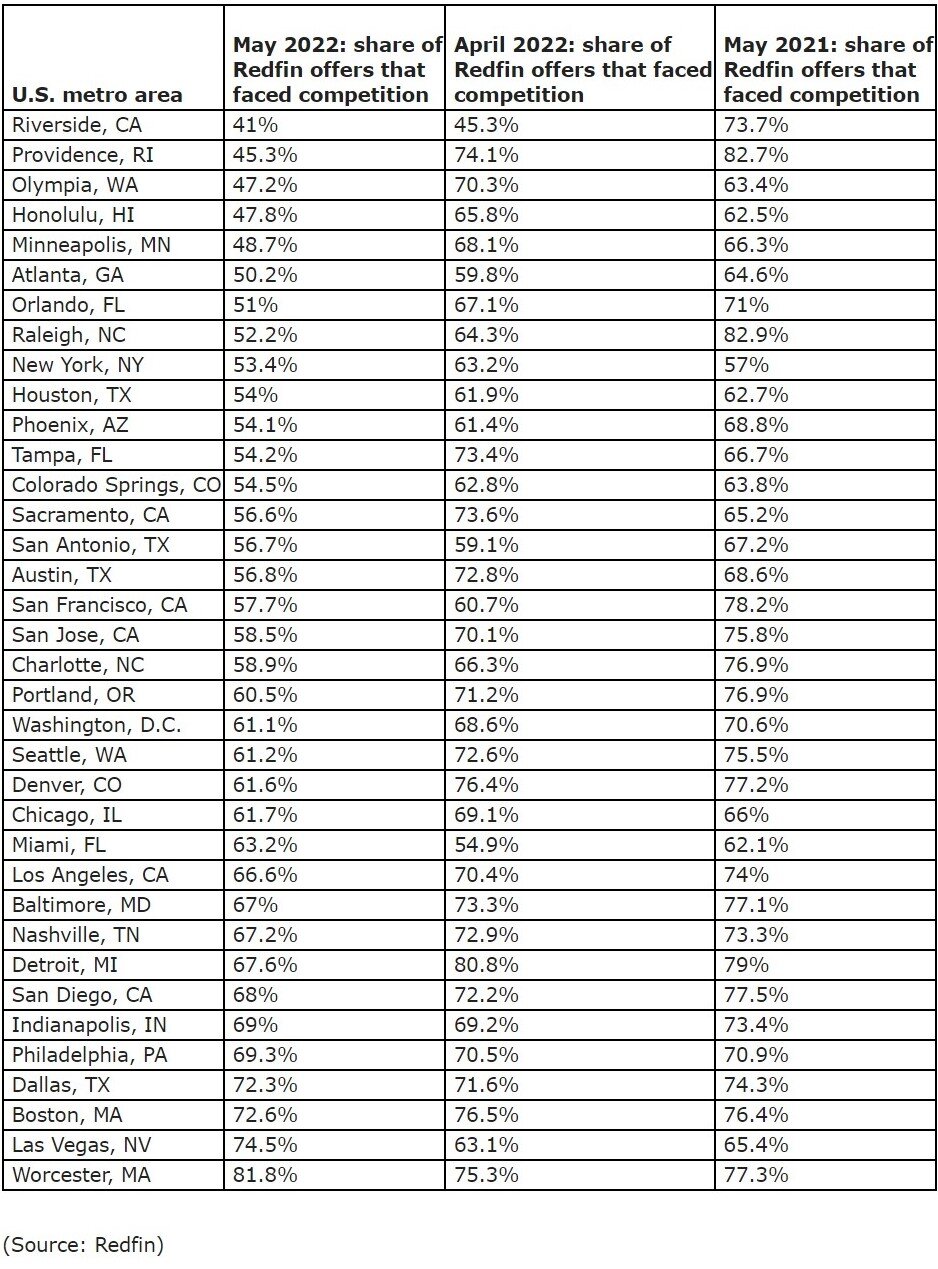