U.S. Home Sales Being Canceled at Highest Rates Since Early 2020

According to national property broker Redfin, roughly 60,000 home-purchase agreements nationwide fell through in June 2022, equal to 14.9% of homes that went under contract that month.

That's the highest percentage since March and April 2020, when the housing market all but ground to a halt due to the onset of the coronavirus pandemic. It compares with 12.7% a month earlier and 11.2% a year earlier.

"The slowdown in housing-market competition is giving homebuyers room to negotiate, which is one reason more of them are backing out of deals," said Redfin Deputy Chief Economist Taylor Marr. "Buyers are increasingly keeping rather than waiving inspection and appraisal contingencies. That gives them the flexibility to call the deal off if issues arise during the homebuying process."

Marr continued: "Rising mortgage rates are also forcing some buyers to cancel home purchases. If rates were at 5% when you made an offer, but reached 5.8% by the time the deal was set to close, you may no longer be able to afford that home or you may no longer qualify for a loan."

The housing market has cooled in recent weeks as the Federal Reserve has boosted interest rates in an effort to quell inflation. That has given house hunters more freedom to seek concessions from sellers, but higher rates also make housing less affordable. Buyers did get a reprieve this past week, when the average 30-year fixed mortgage rate fell to 5.3% in the largest one-week drop since 2008.

"When mortgage rates shot up to almost 6% in June, we saw a number of buyers back out of deals," said Lindsay Garcia, a Redfin real estate agent in Miami. "Some had to bow out because they could no longer get a loan due to the jump in rates. Buyers are also more skittish than usual due to economic uncertainty." 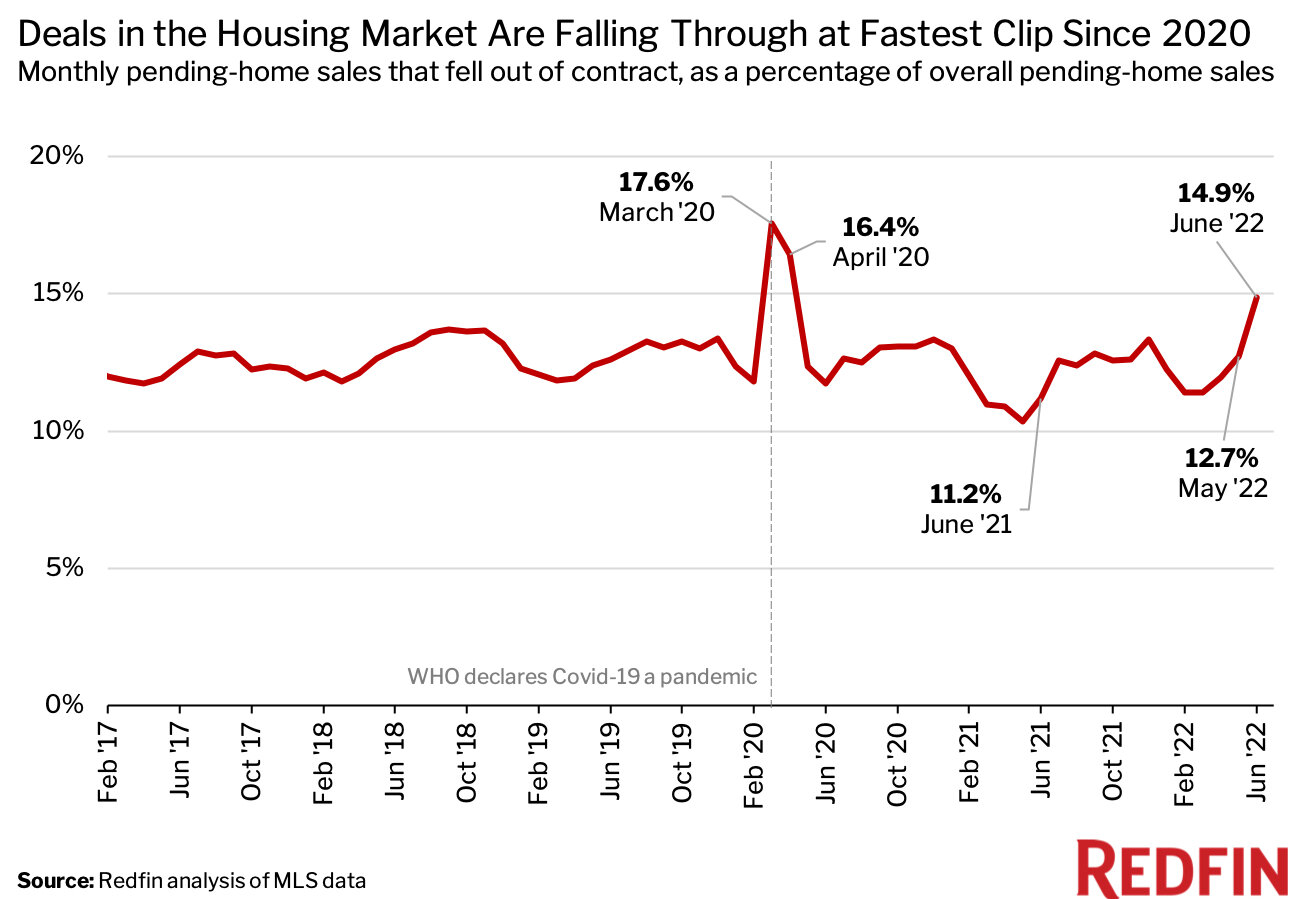