According to national property broker Redfin, U.S. homebuyers are finally starting to notice signs that the market is shifting toward their favor, as more sellers came to the market during the four weeks ending May 15, 2022.

New listings climbed nearly twice as fast as they did at this time last year, and the share of listings with a price drop rose to its highest level in two and a half years.

Homebuyers continue to pull back in the wake of record-high purchasing costs. Mortgage purchase applications fell to their lowest level since May 2020, and the number of homebuyers touring and offering on homes, as measured by the Redfin Homebuyer Demand Index, posted its largest annual decline since April 2020. Still, desirable homes are getting scooped up at a record pace, a median 15 days on market.

"Rising mortgage rates have caused the housing market to shift, and now home sellers are in a hurry to find a buyer before demand weakens further," said Redfin Chief Economist Daryl Fairweather. "Not only are more homes hitting the market each week, but sellers are dropping their prices at rates not seen since before the pandemic. This sudden pressure on sellers is good news for those homebuyers who can still afford to buy at today's higher mortgage rates. These trends point to an even cooler market this summer."

Unless otherwise noted, this data covers the four-week period ending May 15, 2022. Redfin's weekly housing market data goes back through 2015. 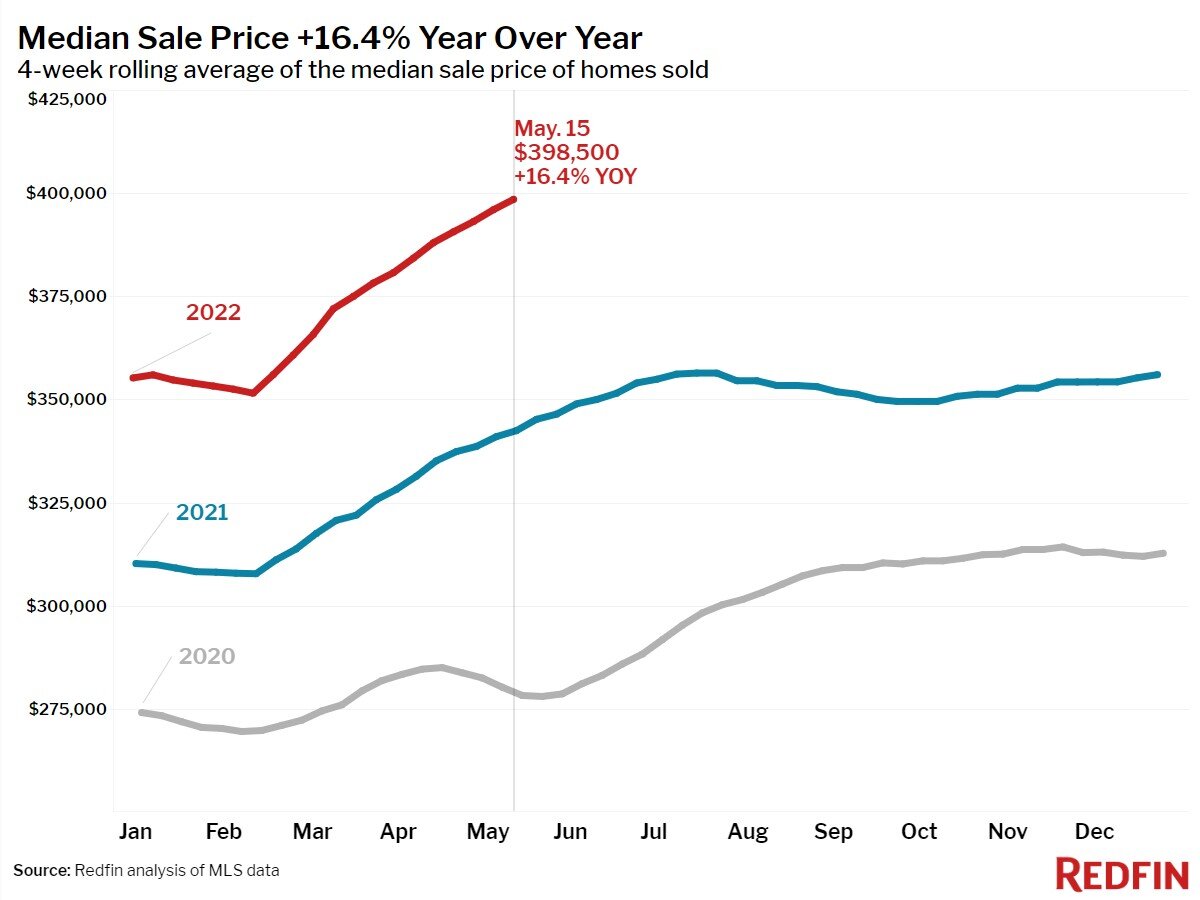 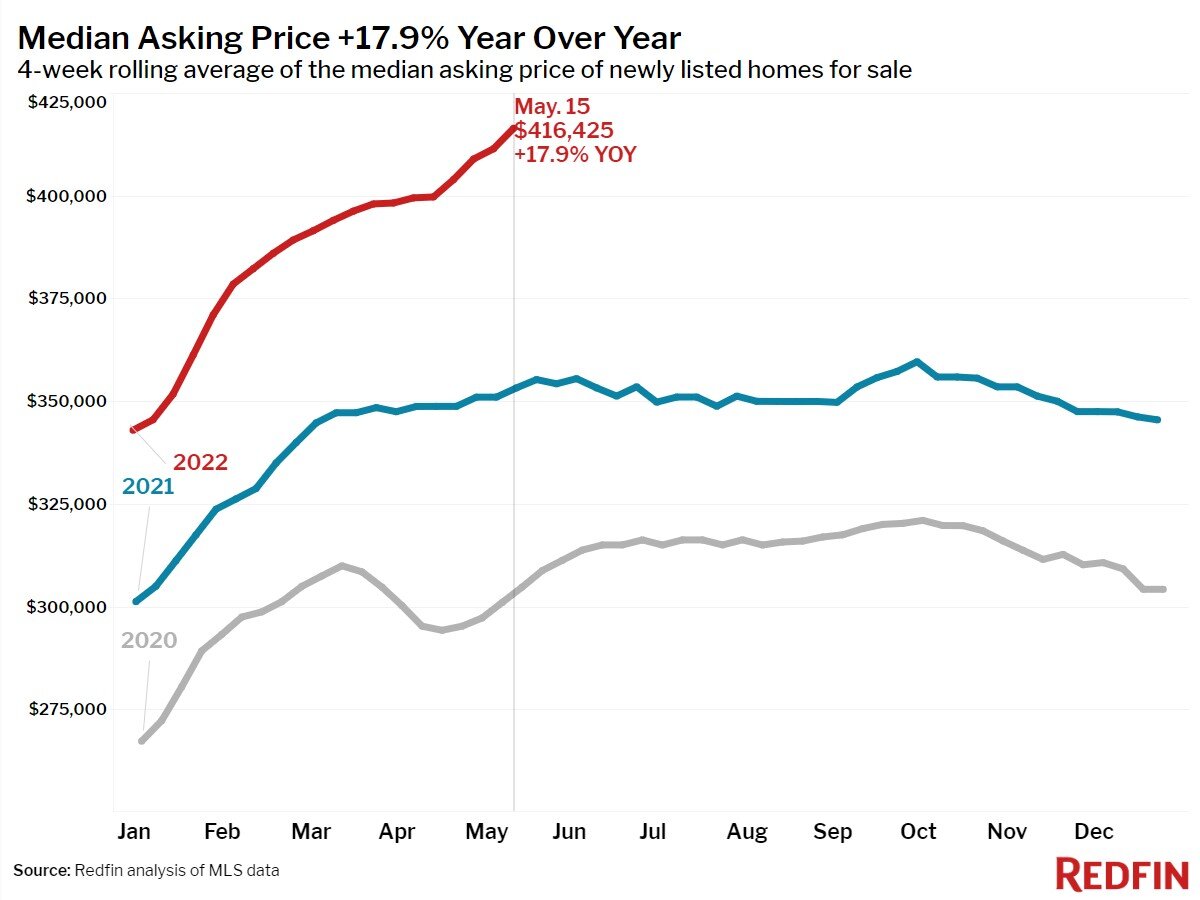 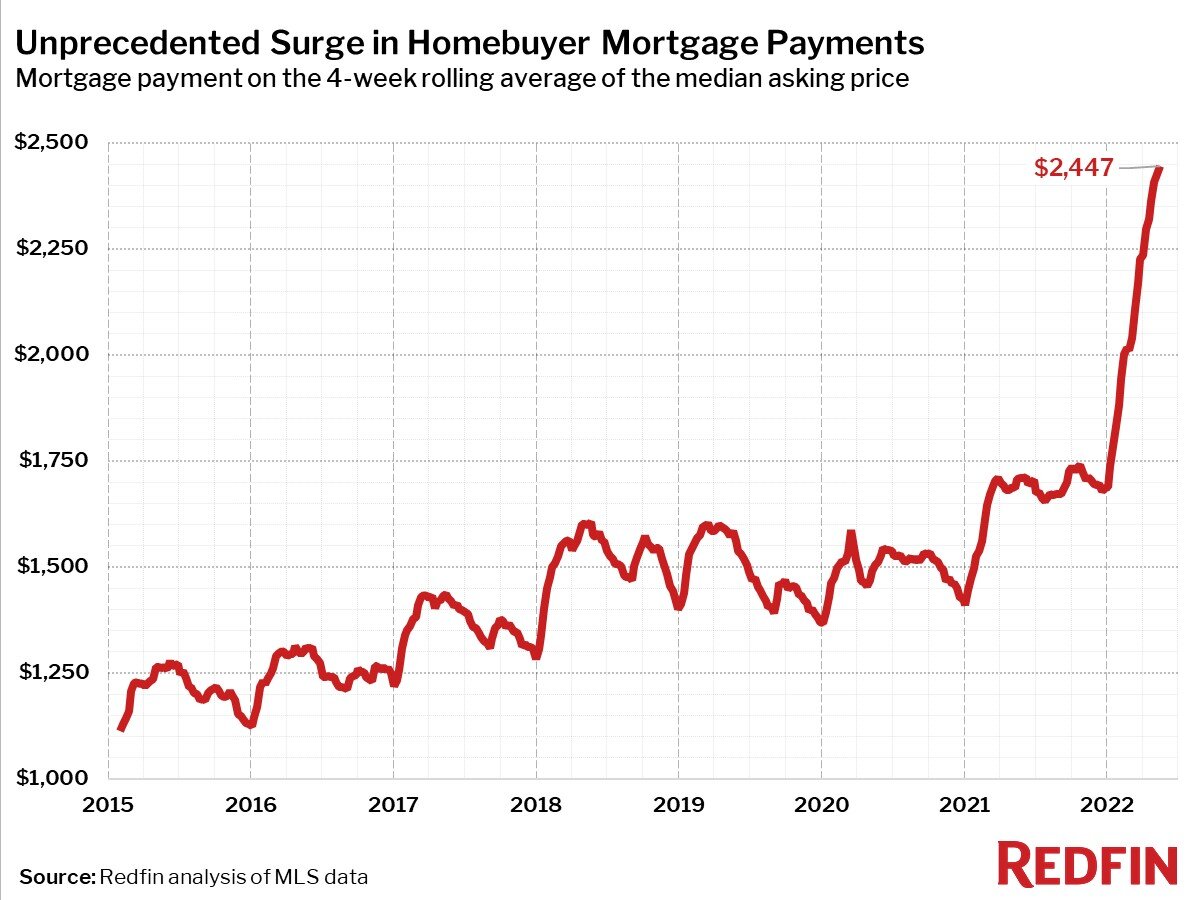 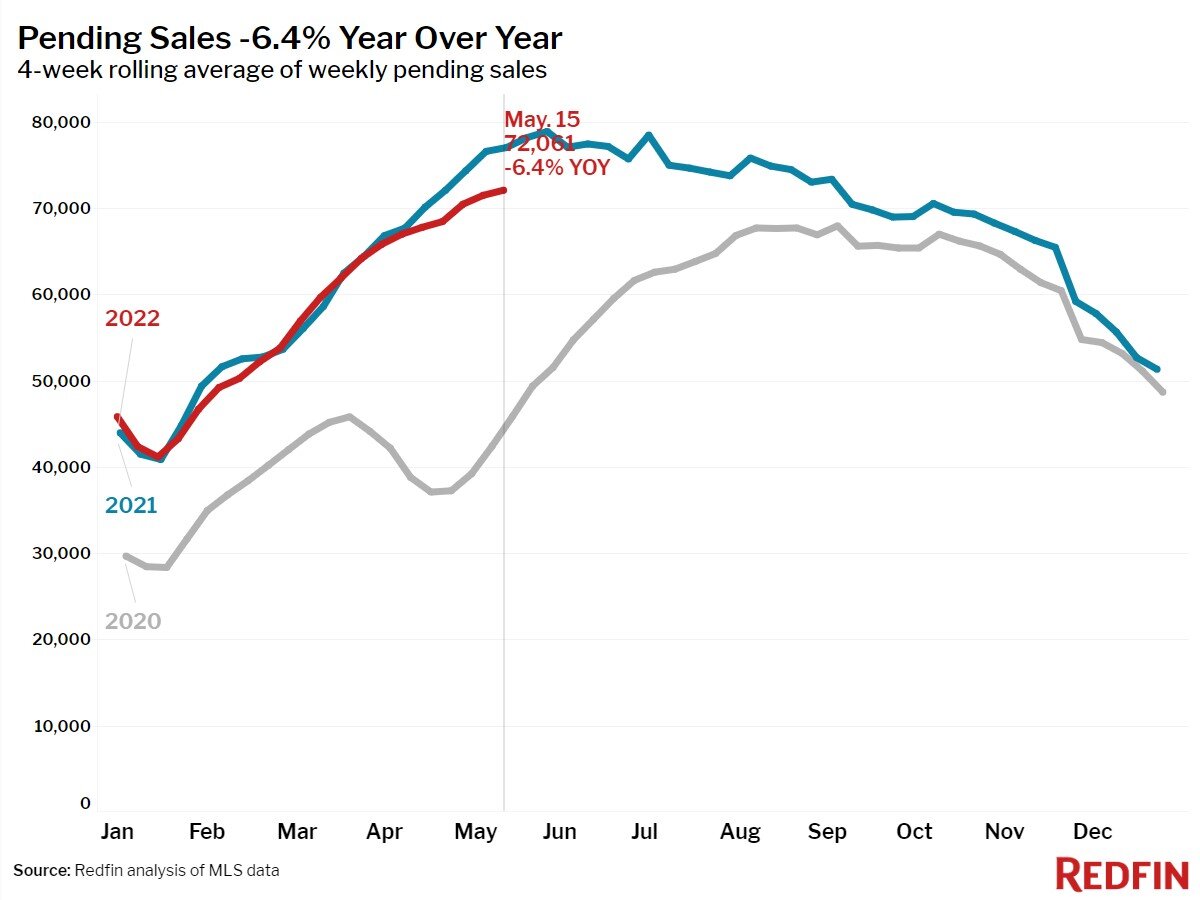