Zillow research now reports that new U.S. listings dropped significantly this March 2020, and early in April as the coronavirus pandemic took hold. Early spring is peak home-shopping season in most years, a time when sellers list homes on the market in droves hoping to take advantage of the increased competition from buyers shaking off the winter doldrums.

As March began, the housing market appeared poised for the most competitive home shopping season in years -- home value growth accelerated in February for the first time in nearly two years, and the number of new listings added to the market on March 1 was 17.3% higher than a year earlier.

Little more than a month later, the outlook is much different. New listings across the U.S. have fallen off, down 27.1% year-over-year on April 5.

And while new listings typically pick up in late March and early April as home shopping season kicks into gear -- in 2018 and 2019, there was an average of 49.9% more new listings coming onto the market nationwide on April 5 compared to March 1 -- this year it's been quite the opposite as many states have recommended or mandated residents mostly stay at home. New listings in the U.S. have fallen 19% from the beginning of March.

The total number of active listings on the market is lower than a year ago as well, down 8.3% as of April 5. Total inventory has grown 2.5% since March 1, which indicates homes have been sitting on the market for longer while buyers have pulled back. In the Seattle metro, though, total inventory is up 37.7%.

"It is clear that many would-be home sellers are adopting a wait-and-see approach as uncertainty continues to rule. Our understanding of U.S. economic conditions is changing weekly, if not daily, and early unemployment figures are striking, so it's understandable that some are hesitant to put their home on the market," said Skylar Olsen, senior principal economist at Zillow. "It is possible that this year's busy home shopping season is pushed into winter as some opt to hang back but activity continues from those who need to buy or sell for a job move or another major life event. What's not likely is that the bulk of potential home sellers and buyers simply throw up their hands and pull back from the market entirely."

Buyers, sellers and their agents have begun to change their behaviors as they adapt to public health requirements. The number of 3D Home tours -- an AI-powered mobile tool that allows agents, sellers, landlords and property managers to capture 360-degree panoramic photos of a property and easily create a 3D tour for free with their smartphone -- created on Zillow has skyrocketed. The number of tours created nationwide during the last week of March was more than five times (408%) greater than during an average week in February. In March, listings with 3D Home tours received about 50% more site visitors and were saved about 60% more frequently than listings without 3D Home tours. 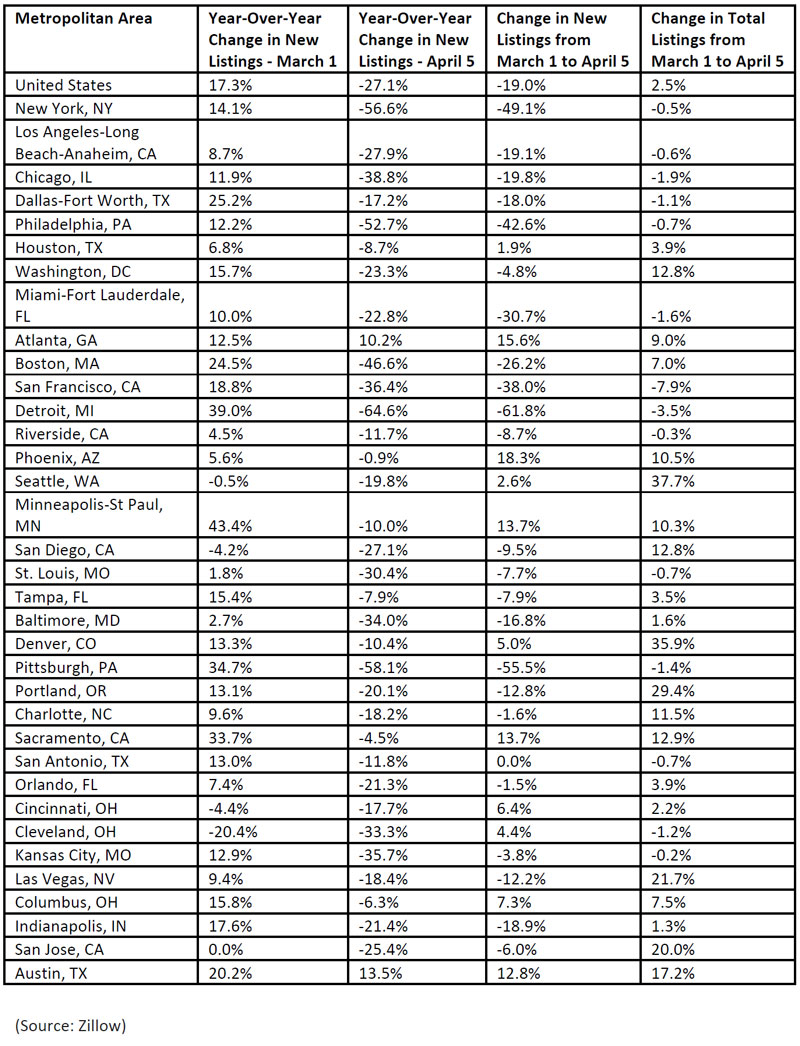