According to Zillow's April 2018 Real Estate Market Report, U.S. median home values are rising at their fastest pace in 12 years Over the past year, home values across the country rose 8.7 percent to a median value of $215,600.

Home values have not appreciated this quickly since June 2006, right before the housing bubble bust, when they were appreciating 9 percent annually. U.S. home values are now higher than they have ever been, and home values in 21 of the 35 largest housing markets have surpassed peak value hit during the height of the housing boom over a decade ago.

"Home values are rising faster than we've seen in a very long time: The spring home shopping season has been a perfect storm of strong demand and tight supply," said Zillow senior economist Aaron Terrazas. "Sluggish new construction has exacerbated the supply situation and homes that are hitting the market, are moving very quickly once they do. Americans are also in a spending mood, boosted by recent tax cuts and rising wages. Millennials who long delayed becoming homeowners, are out in force - a shift we're also seeing in softer rent appreciation."

April ended with mortgage rates on Zillow at 4.35 percent, after starting the month at 4.20 percent. April mortgage rates peaked toward the end of the month at 4.42 percent, the highest rate since the beginning of 2013, and hit a month low in the first few weeks of the month when rates were at 4.19 percent. Zillow's real-time mortgage rates are based on thousands of custom mortgage quotes submitted daily to anonymous borrowers on the Zillow Mortgages site and reflect the most recent changes in the market. 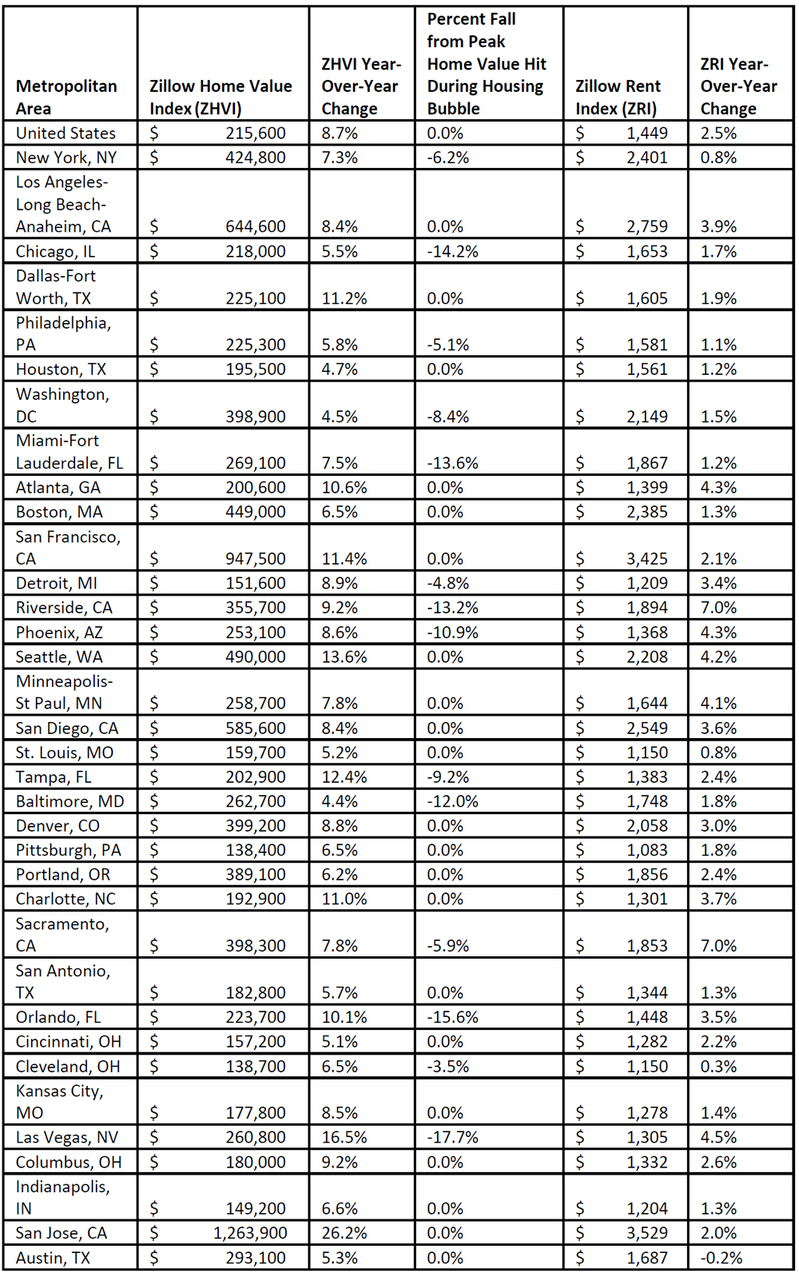