Residential News » Seattle Edition | By WPJ Staff | July 10, 2018 8:30 AM ET
Signup for Our Weekly Newsletter »
Zillow is reporting this week that U.S. home buyers are willing to spend more for the comforts of a cooler home. A new Zillow analysis finds that homes with air conditioning sold for 2.5 percent more than homes without it, which is a premium of nearly $5,500 for the typical U.S. home.

"With summer temperatures hitting record highs across the country, today's home buyer places a premium on the once-upon-a-time luxury amenity of air conditioning," said Zillow Senior Economist Aaron Terrazas. "Individual design preferences or decorating styles might deter buyers from certain homes, but there is a strong consensus in favor of air conditioning, although in the nation's fastest-moving markets, AC may weigh relatively low for buyers eager to find any home they can. In historically more temperate climates, some homes - especially older ones - aren't as likely to have air conditioning. But in places where temperatures regularly reach triple digits, it's hard to find a home without air conditioning."

Renters put a slightly higher premium on air conditioning. The typical U.S. rental on Zillow in the last year with central air conditioning rented for 2.8 percent more than rentals in the same market that don't have air conditioning, or about $40 per month.

This may be because renters are more limited than homeowners when it comes to adding air conditioning. They likely can't install a central air or HVAC system for example, and window units may not be as effective at cooling an entire home. 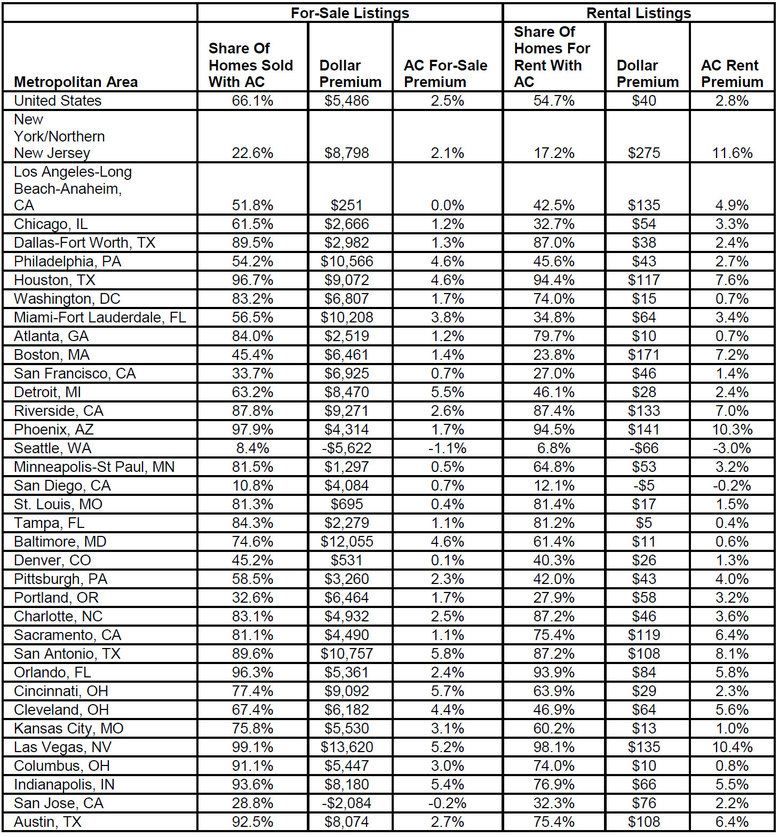