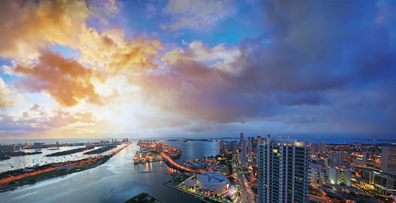 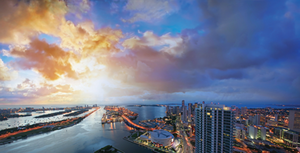 "We are encouraged by the record-breaking performance of the Miami real estate market this year," said Jack H. Levine, 2011 Chairman of the Board of the Miami Association of Realtors.  "Rising demand and limited supply is yielding higher average and median sales prices, and we expect to see double-digit price appreciation in 2012."

The effect of short sales and foreclosures on the median and average sales prices for both single-family homes and condominiums has lessened particularly in some areas of the county.  In October, 57 percent of all closed residential sales in Miami-Dade County were distressed, including REOs (bank-owned properties) and short sales, compared to 61 percent in October 2010 and 60 percent the previous month.

"Miami is an enviable position, leading the nation in the real estate market recovery," said 2011 Miami Association of Realtors Residential President Ralph E. De Martino.  "International buyers continue to play a major role in fueling the local market strengthening.  Demand for local properties from domestic and foreign buyers will result in the local market outperforming the nation long into the future."

Statewide median sales prices decreased four percent to $131,200 for single-family homes and increased nine percent to $87,800 for condominiums.  The national median existing-home price for all housing types was $161,600 in October, down 5.8 percent from October 2010.

The inventory of residential listings in Miami-Dade County has dropped 38 percent, from 24,501 to 15,127 active listings, in the last year. Compared to the previous month, the total inventory of homes dropped one percent from 15,264.  Since August 2008, existing housing inventory has decreased more than 65 percent, down from 43,100.

Total housing inventory nationally fell 2.2 percent to million at the end of October compared to the previous month.