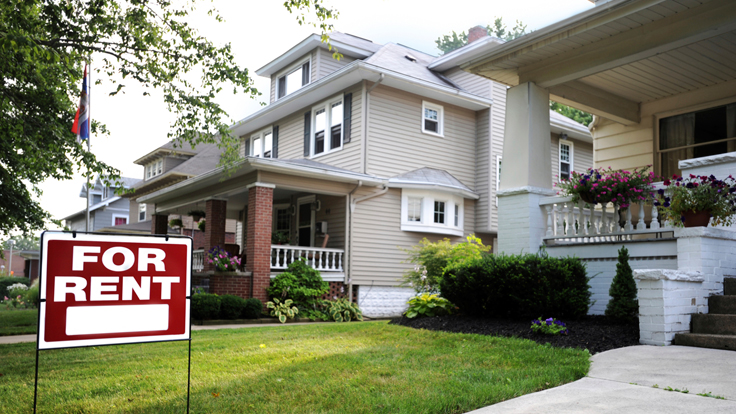 The Secret Behind the US Housing Surge


Many obvious factors are driving the resurgence of the U.S. home market, including low interest rates, rock bottom prices and an improving economy. However, a closer look at the data reveals an unprecedented phenomenon boosting sales in markets around the country.

For the last two years investors have been buying single family homes to market as rental properties in extraordinary numbers. While investor activity has been well documented, the industry is only now starting to see the full impact of this buy-to-rent push.

In April, institutional investors bought 10 percent of the houses sold in the nation's 100 busiest real estate markets, double the percentage from a year earlier, according to new data from Radar Logic. In Las Vegas and Miami investors accounted for more than 20 percent of sales.

Investment firm Blackstone Group is now the largest single family home owner in the United States, after spending more than $5 billion to buy 31,000 homes in 13 U.S. markets. This week Blackstone announced it would create a new lending arm to finance other landlords interested in expanding in the buy-to-rent market

While investors are nothing new to the housing market, these investors are operating under a fundamentally different business plan than the pre-crash investors. Before 2008 most investors were flippers looking to buy a property cheap, fix it up and then quickly resell it into the tide of constantly rising prices. In many cases they were using borrowed money, hoping to resell the property before they had to make too many payments, a strategy that backfired in spectacular fashion.

That's not the buy-to-rent investors' game. They are looking for yield. They're paying cash for serviceable properties--often homes that are distressed or in foreclosure--in areas attracting eager tenants.

In California, 83 percent of the investors are buying to rent and only 17 percent are flipping, a complete turnaround from the pre-crash days, California Association of Realtor chief economist Leslie Appleton-Young said during a recent event.

California, Nevada, Florida and the other states hardest hit by the downturn have been the primary targets for investors, but the phenomenon is not limited to a few states.

Colony American Homes has invested $2 billion in 14,000 homes, USA Today reports. They first started in California, Arizona and Nevada, but now they have expanded into Texas, Georgia, Florida and Colorado.

"This opportunity was never just about a few markets," chief executive Justin Chang told the paper. "There are good values and a lot of demand from families to rent."

The congruence of events that created this market is clearly an anomaly that won't last. As prices go up yields will drop and buy-to-rent will no longer be as attractive.

But that's not happening yet, judging by the recent investor activity. Rising interest rates may stall some aspects of the market, but not the buy-to-rent crowd. They don't care; they have cash.

"In places like California it has gotten more difficult, but as you move East ... Atlanta, Chicago, Northern Florida--we still see good value," he told CNBC this week.