The big investments funds are not always smarter or better than smaller investors. But every once in a while they spot opportunities that others miss.

A prime example can be found in Europe, where funds are scooping up office projects that have been undervalued by the market.

Big funds such as Blackstone, Axa and Carlyle Group see the gap in valuations and are buying properties at a discount, and then trying to convince the tenants to stay, Bloomberg reports.

"Any asset that doesn't tick every single box is basically being mispriced into the secondary market, which is complete nonsense," Joe Valente, head of research and strategy at JPMorgan Asset Management, told Bloomberg.

Values are dropping because of "minor defects like a little vacancy or a lease on the cusp of what is deemed acceptable," Valente and Peter Reilly, head of JPMorgan Asset Management's European real estate unit, wrote in a February report. At the same time, interest is growing in European commercial property, but buyers are wary. 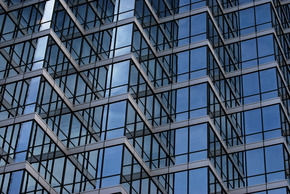 Last July Blackstone paid about 330 million pounds ($504 million) for London's Devonshire Square, which was about to lose its main tenant, insurance giant Aon Corp. The building was valued at 413 million pounds in 2006.

Axa Real Estate targeted a building in Paris, bought out the short term tenant and brought in a new tenant for the entire property.

"That transformed it from a risky asset to a bond-type transaction," chief executive officer Pierre Vaquier told Bloomberg. "That's the kind of game you can play if you have an understanding of the market, the access and the asset-management skills to do it."

That's also the type of game you play when you're thinking out of the box and finding the deals others are too timid to consider.