Local U.S. governments sell between $5 billion and $6 billion dollars' worth of delinquent taxes to the private sector each year. That figure is only from the 29 states that currently sell delinquent taxes. 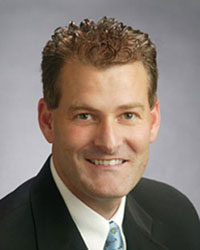 That is where the tax lien certificate business "comes into play," Mr. Westover said.

When homeowners fail to pay their property taxes, a tax lien is issued. In an effort to collect funds, local governments sell the tax lien certificates to investors at auctions, getting immediate cash. The buyers in turn purchase the right to collect the delinquent property tax, a penalty and interest on the late payment.

Understandably, this industry grew during the years of the financial crisis as more and more people defaulted on their property taxes and ultimately their mortgage payments.

However, quantifying or understanding the industry's size is a challenge for various reasons. Not every state sells tax lien certificates to the public, and it changes from county to county within the states that do. The NTLA has conducted research with as many counties willing to divulge the information.

As an example, the state of Florida, the largest market for tax lien certificate sales, had $1.482 billion worth of delinquent property taxes in 2010. Of that, $1.056 billion was sold to the public that year, according to the NTLA.

The median cost of a tax lien is also difficult to determine, as it varies from property to property.

"It's as varied as the asset classes you can think of; residential, vacant land, commercial, industrial," he added.

Investing in the industry can be fruitful but research is necessary. The annualized returns for a tax lien portfolio in the last two years was 6 to 9 percent, according to the NTLA.

"You will have to buy the subsequent liens to protect your interest in a property because new liens hold priority over older ones," Lawyer Keith Sernick, who heads Tax Lien Advisors in Garden City, N.Y, told Forbes. Mr. Sernick advises clients to only invest initially one-third of the amount they want to put into liens.

It's also important to keep in mind that investors are not buying physical properties when they buy the certificates.

Tax lien certificates have a two year right of redemption, a time period in which 99 percent of sold liens are redeemed by the property owners, the NTLA reports. For the one percent of liens not redeemed, investors have the option to file for a tax deed, which can subsequently be sold at a separate auction with the opening bid usually three years' worth of taxes.

During this part of the tax lien industry, considered the tail end, is when investors should exercise the most caution, since deeds that don't sell at an auction become the responsibility of the investor, analysts state.

"A few years back, the assessments were much greater and you felt like you were much more protected and then suddenly the decline of 25 or 30 or 40 or 50 percent of its assessed value and suddenly it's a little more risky proposition," says Mr. Westover.

The best way to get started in the business is to look for tax lien auctions held close to home. Increasingly, auctions are held online, but it makes it easier for investors if they are able to drive by and inspect a property before investing.

The state of the industry for 2014 and the foreseeable future is very, very competitive.

"I believe there are more tax lien investors than tax liens available," Mr. Westover affirms. "This is a good thing for local government, it's competitive, it has been for a few years now because borrowing rates are so low."